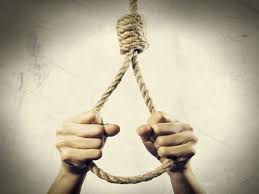 It has been reporting that a year 2 undergraduate of Nnamdi Azikiwe University Awka, Anambra State, committed suicide over a supposed increase in tuition.

The late student, an indigen of the Isuikwuato LGA of Abia State, was asserted to be reading Industrial Physics.

The body of the deceased was said to be seen hanging inside one of the hostel blocks on campus.

An eyewitness  who chose anonymity told reporters that, ‘He  locked himself in his room for some days and was crying over his incapacity to foot the new scheme of tuition initiated by the school management,’ adding, ‘as, at the time the door was broken, he was found swivelling with a rope tied to his neck.’

From, another source, who portrayed the dead as a peaceful and gentle student, adding that he never exhibited any hints of depression before the incident.

Ken Chukwura, the Chief Security Officer of the school, said the boy’s roommates had been summoned for querying while investigations had begun.

Verifying the incident, Ikenga Tochukwu, the Police Public Relations Officer, described the happening as tragic, saying that inquiries into the matter had begun.

Lately, the students of the institution had revolted for five days over an increase in tuition. However, the school management later cut down the tuition after a conference with the Students’ Union Government (SUG) of the institution.