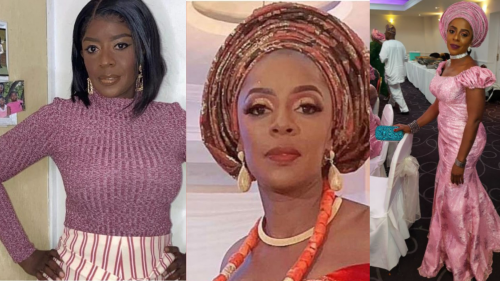 A UK-based Nigerian woman, who came to the country for her mother’s funeral, has been shot dead along the Lagos — Ibadan highway by armed men believed to be bandits.

The dastardly act was said to have happened in the presence of her children.

She had earlier gave loved ones a treat at the Civic Centre, Victoria Island, Lagos, to honour her late mother’s life.

After the funeral reception, however, She chose to visit Oyo State.

However, while she was travelling on Thursday with her two children, she was killed inside her car by armed men suspected to be bandits at the Guru Maharaji community, on the Lagos — Ibadan highway.

Old schoolmates and Colleagues have put up with various social media platforms to mourn the deceased.

The Alumni fellows of the Ado-Ekiti, University, now Ekiti State University have also gone to their WhatsApp forum to mourn the deceased, who was their member.

An Alumni wrote, ‘It’s said that we never die, we just transform and begin again our existence in another realm. Should this be true, then I am sadly pouring out of my tears. our world It would have been joyful if we weren’t cut down. Bola, Class Of ’99, Pol Sci returned home from the UK to lay to rest her mom last week or so, and in the same week, little did they know she won’t go back to the UK anymore to continue her life.

‘Our most adorable pretty woman was brutally murdered in her car in front of her children at Guru Maharaji last Thursday; involuntarily compelling her to accompany her mum to the great beyond. Bola, your demise is too gripping for me. I’m confused and I don’t know how to grieve for you…”