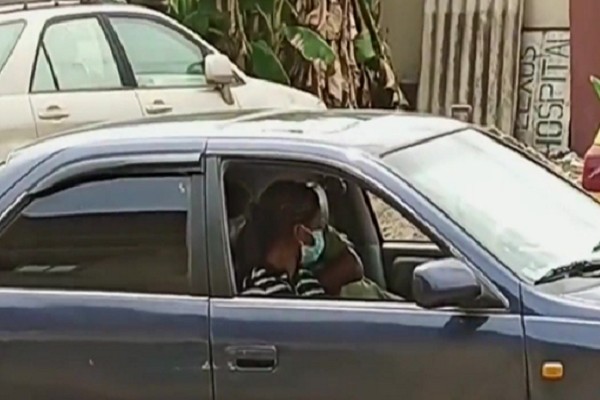 The Operatives of the Nigerian correctional Service on Monday gave an official vehicle from the court for Chidinma Ojukwu, the presumed murderer of Usifo Ataga, Chief Executive Officer (CEO) of Super TV.

Chidinma was seen seated in the front seat of a Toyota Camry painted blue, free of handcuff, at the time she was departing the Yaba Magistrate Court, as reported by The Nation.

Glancing through the window of the tinted car, the 21-year-old looked at other inmates that were carried in a black maria wagon.

For one month, the Chief Magistrate, Adeola Adedayo, had been kept in custody; Chidinma and her co-defendant, Adedapo Quadri after a petition filed by Cyril Ejiofor, the police solicitor.

The accused are charged for conspiring to kill Ataga and seize his laptop, mobile phone and money worth N3.8 million.