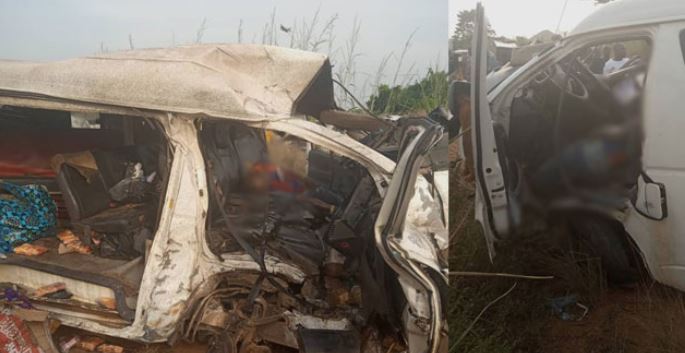 No fewer than seven wedding visitors have perished in a car crash along the Orogun expressway in the Ughelli North LGA, Delta State.

News gave it that the tragic incident included a Toyota Sienna carrying about nine passengers.

The travellers were confirmed to be from Bomadi, a community in Delta State and were going back from a wedding event at the community when the event took place at about 5 pm on Saturday.

An onlooker said, ‘Their car swerved off the highway and drove into the bush. It was said that the car somersaulted several times and about 7 people died on the spot,  the driver inclusive. However, two persons survived the accident.’

survivors are said to be receiving treatment in a hospital in the Ughelli community.

PPRO, Bright Edafe who confirmed that seven people lost their lives in the incident, said, ‘The unfortunate incident happened on Orogun Road. However, the police have long begun an investigation into the cause of the accident.’