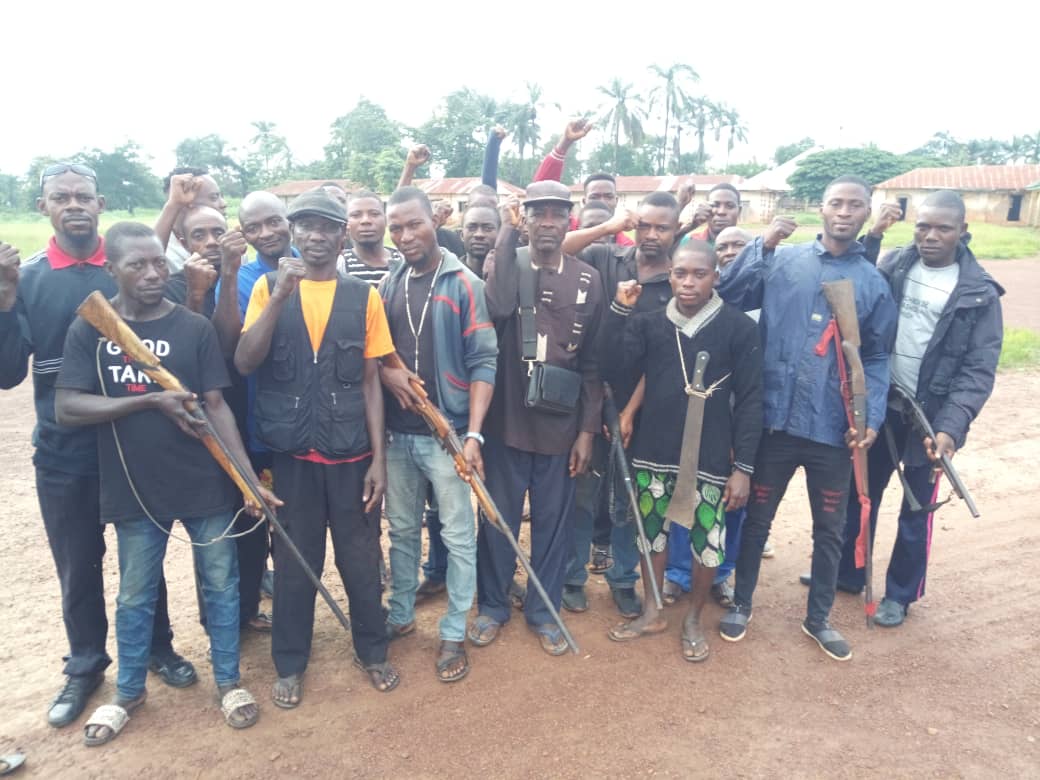 Following the security hitches nationwide, the people of owukpa, a community in ogbadibo local government area of Benue state has reinforced its security forces.

The security guards had earlier in the week, intercepted two young boys who claimed to be hunters with guns.

When asked, they said they came from Ubolo Etitti, a community in Udenu local government area.

This is coming barely a week after the onslaught of unknown gunmen on the community.

Aho-owukpa were the incident had taken place is a continual community to Ubolo Eke, a community in Udenu local government area, Enugu state.

In a related development, the two people kidnapped persons on the Saturday, 8-08-2021 has gained their freedom after a ransom of #300, 000 was paid.

While the youths and the local leaders are at their best to tighten the security threat, they urged their politcal stakeholders to come to their aid.

Ben Akor, a traditional leader in the community said, “Owukpa community is over due for just one police post which is located at ukwo.”

“We are calling on all our political delegates to work with the police authority to create a station in strategic places of community. This will quell the raising case of insecurity in this community,” he added