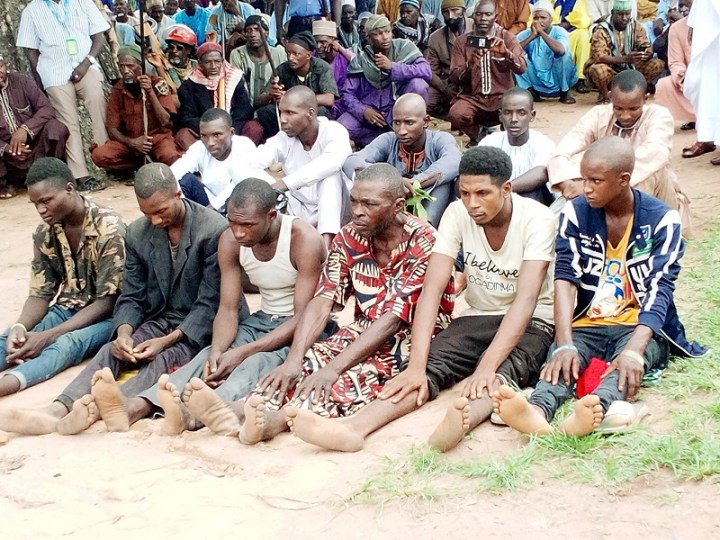 Management of the  Miyyetti Allah Cattle Breeders Association has handed over eleven supposed kidnappers and firearm dealers to the police.

The report has it that they were handed over during the formal installation of a 16-man council set up to combat unlawful activities, particularly kidnapping.

Sahabi Tukur, the chairman of the Miyyetti Allah Cattle breeders Association Taraba state branch, said the action was in furtherance of the promise made before the state Commissioner of police and Alhaji Abbas Tafida, the Emir of Muri they will uncover criminal element within them.

The chairman said the council members brought from all the Fulani groups in the state would synergize with the police and other security agencies the entire 16 local government areas of the state to unearth kidnappers and other criminals.

In his appreciation, the police commissioner lauded the Fulani for their determination to deal with kidnapping and other crimes being committed by the few bad ones among them.

The commissioner further called for cooperative action between Benue, Taraba and Adamawa states in fighting kidnapping and other criminals activities.

He guaranteed the Fulani of his command’s backing to the Fulani in their steps to root out criminals components within them.

Likewise, 6 kidnappers who denounced their acts have vowed with the Holy Qur’an that they would no longer be involved in kidnapping, Cattle rustling or any other aspect of criminals acts anymore.