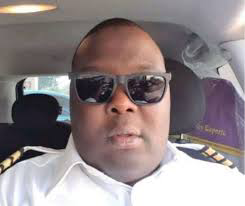 It has been reported that the eldest son of Sen. Bala Ibn Na’allah, Mr. Abdulkarim Na’Allah, was, discovered dead in his apartment in Malali GRA, Kaduna on Sunday.

His 36-year-old son had a career in the aviation sector as a pilot.

Mohammed confirmed that the death of Bala’s son was related to the Police at about 15:00hours.

According to him, the killers made away with his vehicle, and that inquiry had begun on the issue.

Describing how the late Abdulkarim was killed, the Special Adviser to Senator Na’Allah, Garba Mohammed, told our correspondence that the deceased was tied in his room and squeezed, while the attackers ran off with his car.

The police spokesperson said that the body of the deceased was laid to rest on Sunday evening at Unguwan Sarki cemetery in Kaduna according to the Islamic rites.