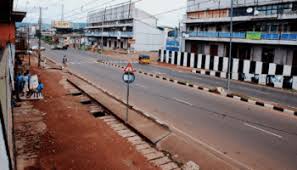 The intended sit-at-home authorized by the Indigenous People of Biafra IPOB slated to have begun Monday 9, August has been canceled owe to the just started National Examination Council (NECO) Exam for junior secondary schools.

IPOB said its would communicate a later date for the commencement of the sit-at-home order,

The image maker, IPOB group had last two weeks, in what seemed to be in solidarity with its captive leader, Nnamdi Kanu, issued a sit-at-home order that would be followed every Monday all through Igbo land, beginning from August 9, pending when his trial would end.

Though, in a declaration Kanunta Kanu, the IPOB leader’s younger brother,  announced that the group came at the conclusion, after hearing appeals from concerned people and groups within and outside Biafra land that the injunction be put to hold to enable students from Igbo land to partake in the NECO Exam.

“IPOB has listened to appeals from concerned people and groups within and outside Biafra land that we regard the future of our children who will be involved in the NECO Exam. Established on that, we agreed to change positions over the sit-at-home order”.

It further strengthened that IPOB on its own, having understood the academic denial the already marginalized Biafra students who registered for this year’s NECO would endure, chose to suspend the sit-at-home injunction to a later date, to enable the students take their exams.

Kanu also made it open that letting the sit-at-home to go on as earlier planned, in the face of the NECO Exam would mean assisting the foe of Biafra to cause more sufferings on her children.

“As a group battling for the freedom of her people from coercion from her enemies, we acknowledged that it would mean assisting the supposed enemies to cause more damage on our children if we do not postpone the sit-at-home order to enable Biafra students take their exams”.

In making it clear that the sit-at-home order has not been revoked, but only halted for the sake of IPOB students taking this year’s NECO Exam, the announcement called on all IPOB worldwide family members to await further declarations in this regard.