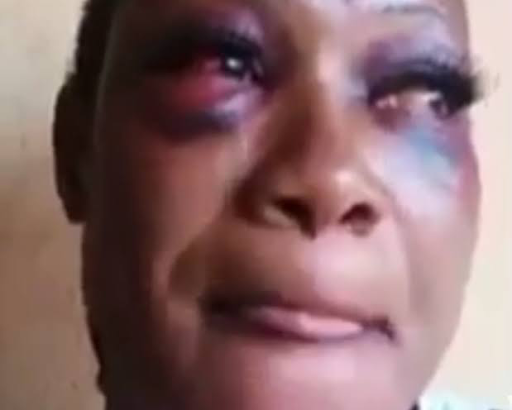 The moment I jilted up from what was like a nightmare, I comprehended that it was certainly a reality.

A freed person in his/her comfort zone can’t be blindfolded and can’t get his/her hands tied up this way in the name of play.

“My child!” I moaned. Where I was or how I got there wasn’t important. Only thing my heart was troubled about  was the state of my child.

“Ikotu” I heard a man’s voice called out. The voice was coming from a distance, I didn’t know how far as I was blindfolded.

“E be like say that girl no deh intact oooo.” He added.

“Tah! Comot dia, you think say every girl dey like that your ashawo sister? Leave that matter, “Eyine” go like this one, especially when him find out say na pure blood she be.” Ikotu said in a joyous tune.

“But still, mek we just make sure say na so oooo, cos me no wan wahala. As you see me so, me I don tire for poverty and I get this feeling say na person go be the channel wey I go take comot for this poverty, but that person no be this girl.” The man’s voice I heard earlier on said.

From the little conversation they had, it was done on me that the place I was, was a place of no return, I had been kidnapped but how?

Within few minutes, the whole season of what happened before now has been played in my mind.

“It  was a cloudy morning, I went to sell  my food as usual. Ochesy street was dry and the weather was the reason it was so. Unhappy of how the sales was going, I murmured some words of prayer to God for customers.”

“Madam see, some people dey look for food for that uncompleted building, hurry up and go, I just hope say your food sweet.” I nodded in excitement, thanked the young man and hurried to the direction he was pointing.

I thought  they were the answer to my prayers, The customers that I asked God for.

“Oga I greet una”. My excitement was obvious and so I instantly started telling them the dishes I had.

“They all placed their orders of which were; edikang ikong and afang soup with eba. After the meal, one of them handed me the money and that was the last thing I could recollect.”

Realizing my present state, it was certain that only God who could rescue me.

Different thoughts came running in of what will happen to Michael, what will become of him if he’s to loss the only one he has on earth.

“God please, if not for my sake, please let it be for Michael’s sake. Save me for the sake of my son…”

“Mbiat!!!” Ikotu’s voice roared. With a split of second, I heard someone dashed in.

As disheartening as it sounded to them, I couldn’t help but wonder why me? Without a waist of time, I was hijacked like a bundle of dead wood.

Placed on a masculine shoulder, I was like a lamp carried to an alter. Where I was being taken to, and why didn’t matter to me.

During all these, I was so weak to alter a word. After about 35minutes walk, i was dropped on a tarred road, my feet felt it. The rope which bonded by hands backward was lossened.

I ran as fast as my strength could sustain me. How long I’ve been there, I didn’t know. All I wanted to know was how Michael was doing after not seeing his mother for God knows when. The yearning of his embrace gave me a weighty strength to depend on.

Eventually, I was able to get help back home. Reaching home, there was no joy compared to that of the sight of my son.

Neighbors gathered to hear my ordeal of what transpired. State officials got involved. In all these, I was just thankful that God did not allow my second generation to become an orphan.

PAY ATTENTION!! USE OUR APP TO  GET ALL BREAKING NEWS and our  stories WITH JUST A CLICK. DOWNLOAD HERE. )