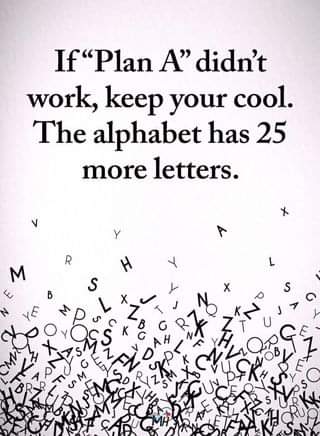 Let me share the famous life history of Abraham Lincoln (One time President of the United States) with you.

**Abraham Lincoln failed in business at the age of 21.

**He was defeated in a legislative race at age 22.

**Failed again in business, at the age of 24; and his sweetheart(wife) died when he was age 26.

**It didn’t stop there, he had a nervous breakdown at age 27.

**He lost a congressional race at age 34.

**Failed to become vice-president at age 47.

**And then he was eventually elected president of the United States at age 52.

Now let me ask you this…

Would you call Lincoln a failure?

What we term failure is not a failure in itself. Yes! It all depends on us – whether to stand up again after falling, or stay back.

The difference between the common man and great achievers is nothing but PERSISTENCE.

While the common man always backs out upon every failed attempt, the uncommon man would try, try again and again, till he sees a result.

Abraham Lincoln’s life experience is enough to teach us that success is not measured by how many times life tosses us up, but rather by how we bounce back when we fall.

It is the bounce-back ability that determines success.

Things are still bad for many of us today because we refuse to give it one more try.

Our business and other life endeavour remain stagnant today, simply because we fear FAILURE.

We fear running into debt.

We fear people criticizing us.

We fear what the outcome may be.

Such a life is worst than death.

Sweetheart, if plan A doesn’t work, don’t give up. Yes! Don’t forget there are still other letters in the alphabet.

Keep on trying, until you get what you deserve.

PAY ATTENTION!! USE OUR APP TO  GET ALL BREAKING NEWS and our  stories WITH JUST A CLICK. DOWNLOAD HERE. )