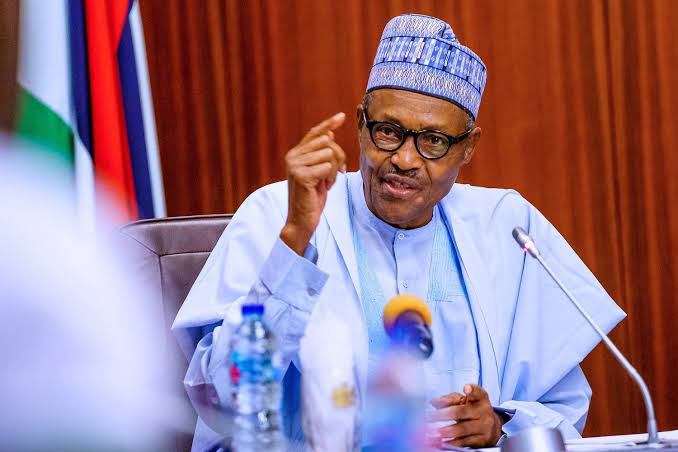 The President of the federal republic of Nigeria, Muhammadu Buhari has characterized the Indigenous People of Biafra, IPOB, as criminals.

The President claimed that IPOB under the leadership of Nnamdi Kanu is criminals encouraging terrorism.

Buhari insisted that IPOB is not protecting the Christians in the Southeast region.

In a briefing by his spokesman, Garba Shehu, the president bemoaned the group’s assault on police stations and government establishments in the Southeast region.

President Buhari strengthened that the Nnamdi Kanu-led group are not liberation soldiers.

His statement reads as follows, ‘Down in the South-East region, IPOB is not fighting for independence when they assault police stations and government property, but instead perpetrating acts of terrorism,’ to defraud money.

‘The IPOB group are not protecting Christians, as their heavily paid foreign supporters allege when virtually all citizens of those states they terrorize are purely Christian.’

President Buhari also solicited Nigerians to join together against, ‘those who pursue the division of Nigeria for their own notorious monetary and political profit.’