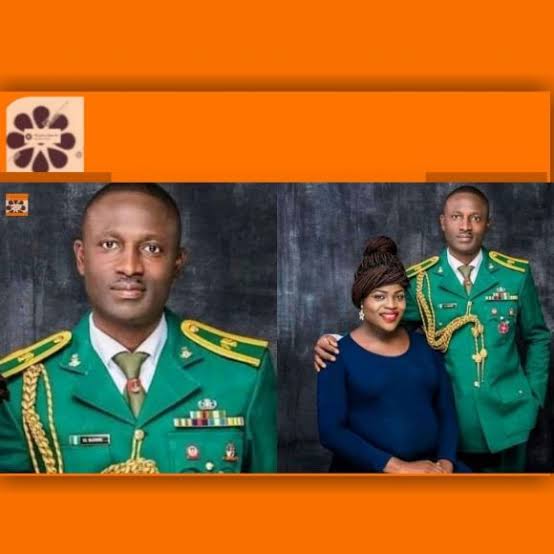 The abducted Major from the NDA, Kaduna State invasion by gunmen, Stephen Datong has been found dead.

Newsmen gathered that Datong was killed by the bandits about two hours after the incident.

The source said, ‘The victim, Major Datong who was abducted in the  early hours of today from the Nigerian Defence Academy, NDA, Kaduna has been found dead two hours ago.’

Earlier, the bandits who abducted the major had demanded a ransom of N200m from authorities.

Recall that the Afaka barracks of the academy was invaded by bandits at about 1 am on Tuesday, killing two soldiers identified as Wulah, a Lieutenant Commodore and Okoronkwo, a Flight Lieutenant.

The injured officers from the attack are currently receiving treatment at an undisclosed hospital within the barracks.

They subsequently engaged the defence academy to start negotiation on the payment of ransom to ensure Datong’s release.

The armed men were said to have conducted their onslaught for hours and left without any constraint.

‘Servicemen couldn’t kill at least one of the bandits,’ an NDA source lamented. ‘The entire bush around were searched, but couldn’t find them. They had escaped with their motorcycle.’

‘A call has been placed, demanding for N200m to release the Major,’ the source also said. ‘It was a  ridiculous attack. The armed men came, laughed at us and left unharmed. Not even the helicopter hovering in the bush could track them.’

Bashir Muhd Jajira, spokesman for the NDA in Kaduna had after the attack, said the NDA security formation was jeopardized by unknown armed men who had access into the residential area in the Academy in Afaka.

‘In the course of the ugly incident, we lost two servicemen and one was adopted,’ he said.