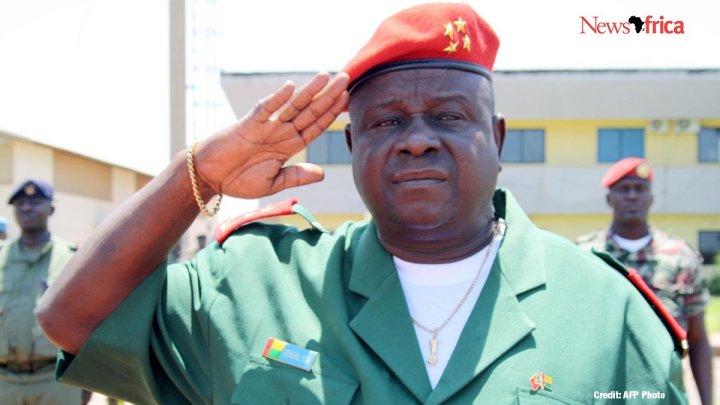 The American government has declared a $5 million reward for any useful data that would steer the arrest and prosecution of the before the head of the Guinea-Bissau Armed Forces, Antonio Indjai.

Spokesperson of the U.S. Department of State, Ned Price said in a briefing that,  Antonio has been on the list of a UN travel ban since May 2012, due to his involvement in a coup d’état in Guinea-Bissau which took place in April 2012.

‘Antonio oversaw an unlawful association that played an effective role in drug trafficking in Guinea-Bissau and its territories for several years, even as the Guinea-Bissau Armed Forces’ head,’ said the US.

Adding also that Antonio was noticed as one of the highly influential destabilising symbols in the country, ‘Functioning willingly all over West Africa, utilizing illicit revenue to pollute and disorganise other foreign nations and thwart the rule of law all through the region”.

In the statement, according to a January 2013 accusation, in the summer of 2012, the DEA (Drug Enforcement Administration) private sources started making contact with Antonio and his co-conspirator colleagues in Guinea-Bissau.

In June and November 2012, Antonio consented to receive and store multi-ton numbers of cocaine claimed to belong to the Revolutionary Armed Forces of Colombia [FARC], which he knew would be peddled for the advantage of the FARC.

Antonio and his accomplice concurred that a percentage of the received cocaine revenue would be employed to pay Guinea-Bissau government bureaucrats.

‘Also, Antonio and his accomplice accepted to acquire arms, comprising anti-aircraft weapons, for the FARC with proceeds from drug and created a front firm in Guinea-Bissau to finalize the illicit weapons bargains, further disorganizing Latin America and West Africa.’

According to the statement, Antonio has been accused of ‘narcoterrorism’ crime, conspiring to import cocaine, conspiring to give material backing to a foreign terrorist group, as well as conspiring to procure and transport anti-aircraft weapons.