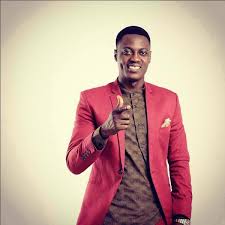 Sound Sultan’s career in music  business started in the early 1990s when he hosted a shows to raise fund  for his  studio. As at  1999, he had won many local talent-hunt shows. Sultan  released his first music single “Jagbajantis” in the year  2000, which was a big hit in Nigeria and abroad.

After  releasing other music  singles and featuring in many  hit songs of other Nigerian artists, he was endorsed by Kennis Music. While he was under Kennis Music, he released four great  albums. By the year 2007, Sound Sultan’s Contract with Kenis expired and he partnered with the great Baba Dee to start Naija Ninjas, an organization for music record label, production and clothing Business.

After Sound Sultan started  as a rapper, he  worked in several  musical genres. This include R&B ,Afrobeat, soul and popular  Nigerian Fuji music. In one interview with him, he noted that  artists should not be judged on the style of music  in which they do. He further stated in the interview that the important thing is the message conveyed in the music.

In the Naija Ninjas, Sultan  released Back From The Future in 2010 and signed many  artists like   Karma Da Rapper, Young GreyC, Shawn and Blacka. He  began a working relationship with popular  Wyclef Jean when featured alongside 2face and Faze on in song titled”Proud to be African” from Wyclef’s Welcome to Haiti Creole 101 album.

In late 2012, it was made known that he was appointed as UN Ambassador for Peace. This is because of his exemplary lifestyle and career. In 2015, Sound Sultan released the music rap single “Remember” after a long absence from the music industry.

After the failing of the African Basketball , the music star  joined the organizers of the Continental Basketball League to become a team owner of Lagos City Stars in the 2017 champions and a facilitator of the league entertainment. Legendary Sound Sultan featured on Honorebel’s 2019 single “Bridal” with Joe El.