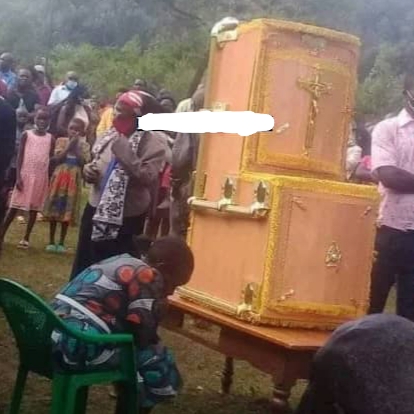 Africa is full of cultures, the wired ones are also not scarce. This include marriage, dancing, singing, dressing, eating, farming, greeting, burial, etc.

As you move from one region, clan or tribe to another, so you will see different cultures. Africa is indeed colorful for a wide range of cultural diversity.

While most people  buries their dead loved ones by laying, the Balunda tribe of Africa buries theirs on sitting position.

The sub-tribe of Bukusu in  Kenya consist  of several clans. Among the clans is the Balunda clan that  is popular  for a unique burial rite where they lay the dead in a sitting position as against the known culture of laying down.

The Balunda clan is a Bantu tribe that originated in Congo Republic  along the Kalanyi river. Along with other related clans, they formed the kingdom
of Lunda  in the 17th century under the kingship of Mwata  Yav with its capital at Musumba.

The Balunda culture of burying the dead on sitting position has drawn attention of many accross the world. This leads to many asking about the rationale behind such practice.

Why does the Balunda clan buries their loved ones seated?

A clear oral history about the Balunda people of Kenya talks about a very old peasant  farmer called Mulunda. One day Mulunda  went out with his flocks for  grazing in the fields.  As an old man and already feeble, he sat under a tree to rest while his flocks graze around him.

Old Mulunda fell asleep and  died while seated to rest. The flocks kept on grazing around the dead seated Mulunda. As the sun went down that day and he had not returned, his people became worried and went to look for him. They eventually found  him dead while sitting and his cows and goats were still grazing around.

How the balunda burial culture started.

Old Mulunda was taken home and was  buried in the normal laying position. Few days later, he came in a dream to a family member, kamaroro ke bamakombe and  was very angry for being  buried laid while he  died  seated. 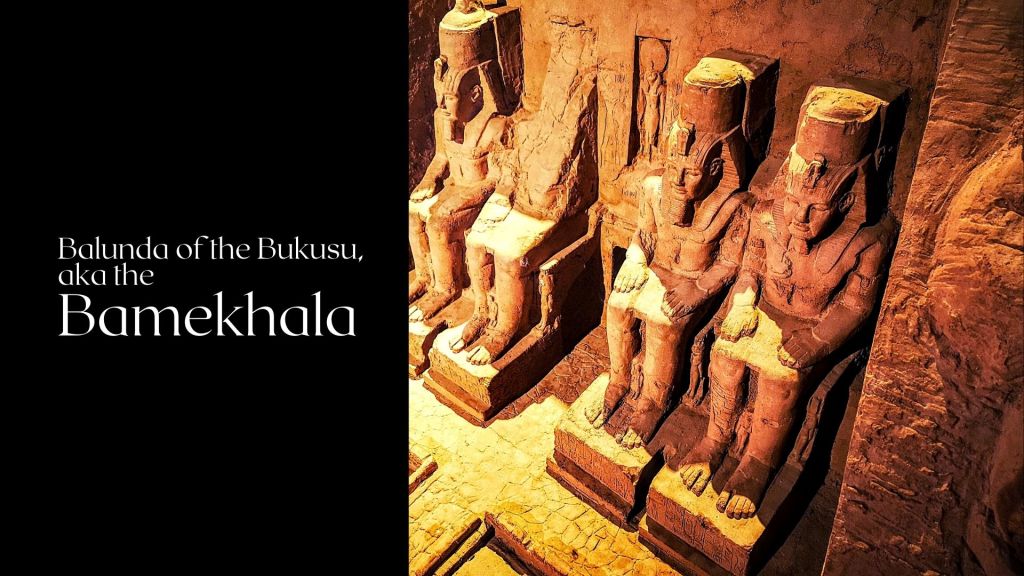 No member of the family took the dream seriously untill sudden death began to kill several family members in a mysterious way.  The mysterious deaths was at it peak  and that occasioned old men of the village to go for some spiritual enquiries. They were told that the reason behind the numerous deaths is because Mulunda was buried on laying position while he died seated. His body was exhumed and  the late Mulunda was prepared a special grave. According to oral literature, some rituals were apparently perfomed to appease the dead Mulunda. His body  was later  reburied on sitting position. After that event, the Balunda clan in Africa started  burying their loved ones while seated.

Men of the Balunda tribe are buried seated and also  wives of the  Balunda men while their daughters who married outside are burried according to the custom of the husband’s family.