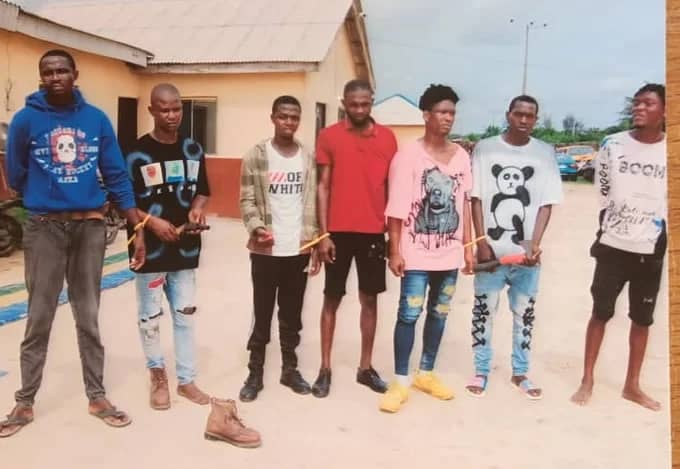 Having or managing a hotel comes with different challenges. This challenges include customer sertisfaction in order to win their continuous patronage. Many a times it could be more challenging when some customers are criminals and are carrying out some illegal activities in the hotel.

When such abounds, you are faced with the option of calling the police and loosing the customers. In Nigeria, the lives of the people on duty as at the time that such  happened could be endangered in future as some times the criminals makes their way out of police and would take revenge sooner or later.

This is the case of a popular hotel in Lagos.  Police operatives in  Morogbo Division, at about  10am yesterday,  following secret call  from the management of the hotel called  House 2 Hotel Igbekele around the Morogbo area of  the State, that seven  boys suspected to be cultists were in a meeting in the hotel. In a swift response, the police command sent some personnels and the seven of them were arrested.

“The Commissioner of police has ordered that the case be transferred to the command’s Special Squad, Ikeja, for discreet investigation.”