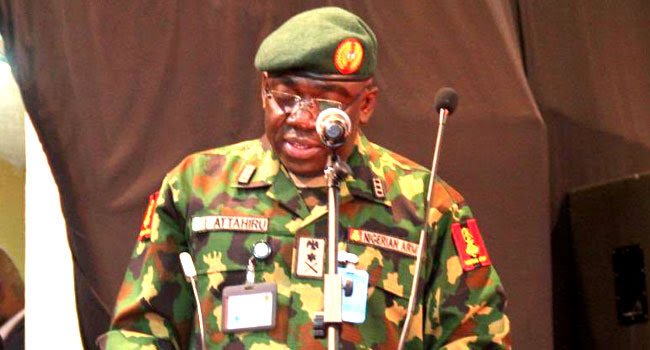 Nigerian Military Aircraft Crashes In Kaduna, New Chief Of Army Staff Believed To Be On Board

The Nigerian Air Force also  confirmed the incident via a statement issued shortly after the crash that occurred. The crash occurred close to the local airport, but the military did not reveal the identities of the affected military personnel in the crash.

Several media reports revealed that  Lieutenant General Attahiru, who was newly appointed as Chief of Staff on January 26, died in the deadly  crash.

Ochesy.com  cannot yet confirm the news.

The NAF Director of Public Relations and Information, Air Commodore Edward Gabkwet, revealed that the incident occurred near the Kaduna International Airport.

“An air crash involving a @NigAirForce aircraft occurred this evening near the Kaduna International Airport. The immediate cause of the crash is still being ascertained. More details to follow soon,” he said.

The incident was said to have occurred at about 6 pm on Friday while it was raining heavily.

The officers clearly  were going  to Kaduna State ahead of sathurday’s passing out parade of soldiers from the Nigerian Army Depot in Zaria, Kaduna State.

The military aircraft, with registration number, 5N-R203 was billed to land at the Nigerian Airforce Base in Mando area of the state, before it diverted and attempted to land at the Kaduna airport.

Not less than  12 top military officers and crew members of the country are believed to have been involved in the Kaduna crash.

The Nigerian Air Force has been involved in a couple of tragedies since the beginning of this year.

One of the Air Force jet supporting ground troops fighting Boko Haram terrorists in Northern part of the country went missing in north-east Borno in March.

In February this year also, seven officials died after a military plane crashed in Abuja, the nation’s capital.