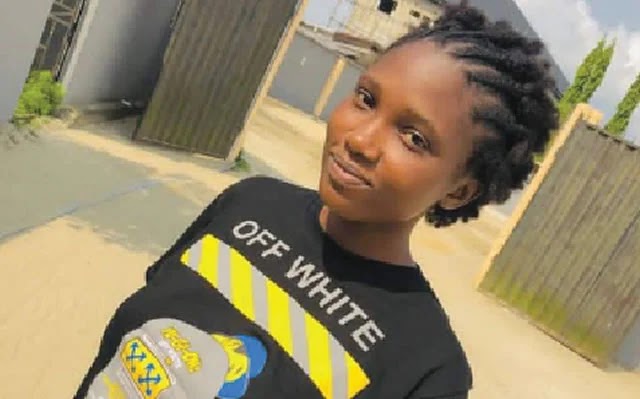 An auxiliary nurse, Rachael David, has gained  her freedom after she was kidnapped by suspected ritual killers in Rivers State Nigeria. Rachael who just turned 18 was kidnapped at Okuru Junction, Port Harcourt.

The young nurse  is currently receiving treatment after regaining her freedom around 5pm on Friday.

The nurse  had gone to buy some items at a close-by junction around 7:00 am on Thursday and was already returning home when an unidentified motorist stoped her, asking for a certain direction to Bitter Leave Junction.

She narrated that  she was describing the place to the motorist but suddenly she was hypnotised and lost her senses then she found herself in an unknown destination.

She narrates, “I went to get something at Okuru Junction that Thursday morning before going to work. I didn’t get what I went to buy. While I was returning home, a driver blew the car horn to call my attention and I stopped. A lady was at the back of the car. He asked me if I know any place called Bitter Leave Junction and I said yes. As I was trying to direct him, he said he couldn’t hear me clearly and told me to come closer.

“He touched me and I didn’t know if I entered the car or not. By the time I regained consciousness, I was already in an unknown place. They had blindfolded me and tied my hands. I couldn’t tell the time of the day.”

The young nurse  stated that the abductors took her and many other victims to a gang of ritual killers but only her was rejected. Thus, others were killed.

Miss David further said  that  the kidnappers moved them to a strange place while they remained blindfolded.

“I was still rejected. After some hours, they took me and some victims somewhere blindfolded. One man asked them why they kept bringing me and told them to return me to where they picked me as fast as possible.

“Even though I couldn’t see what was going on in that place, it appears like a ritual killers’ den. I was the only person they rejected. I was rejected thrice. While I was in captivity, new victims were brought in. The abductors put me in the car and drove off. When we got to a spot along the road, they stopped, removed the blindfold and pushed me out of the car.”

She said she managed to untie hermself and later found out after asking passersby that she was at Rumuokoro, Port Harcourt.

“The kidnappers didn’t take away my phone so I quickly called my mum. I had fainted before they came. It was this morning (Saturday) when I woke up that I realised I am in the hospital,” she added.

The elder sister, Joy by name, told news men  that the family was excited to see her back again. She said  the  family had reported at the Amadi Police Division.

She said, “She was unconscious when we found her. Policemen followed us to pick her up at Rumuokoro where she was abandoned. She went to buy a pad at Okuru Junction when the motorists stopped her.”

No official report from the police as at the time of filing this report.