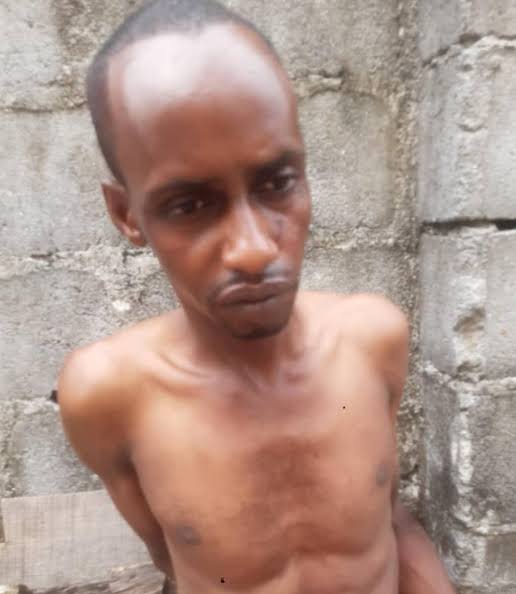 Photo illustration of the arrested  husband

An uneducated woman has unknowingly exposed her kidnapper husband in federal capital teritory, Abuja while telling stories with her fellow women in housa Language.

The young woman who does not know what kidnapper means had told her neighbors a story of her husband’s sudden success and how her husband’s new job is paying him huge amount of money almost every day.

She made this known to her friends when they were telling normal neighbour to neighbor stories. An inquisitive friend, Aisha Abdulahi  asked the woman about the new company where her husband got the new job. She answered that she do not know where  the company is but she only know the name.

“I do not know where the company is located  exactly but I sure know that my husband is making alot of money recently. We have bought refreigerator, generator and alot of appliances and my husband always come with money in big leather bag. I spend money any how I want now”. The woman narrated.

According to a neighbour, one of the women then went out of where they were telling the stories as neighbors to go and intimate another neighbour who is a police officer. The  police officer then came and trickly joked like he was part of the conversation. “I was listening to you people’s story and I am so happy how God has suddenly blessed your husband, what is the name of the comapny again? ” she then replied once again, “kidnapper oo”.

The police neighbour then went aside and contacted intelligent unit who came to interrogate the woman. She repeatedly said it because she is uneducated and do not know what kidnapper means.

The officers then waited patiently for the husband to return. He eventually came and  was arrested. Several weapons was recovered and the husband is presently in police custody.