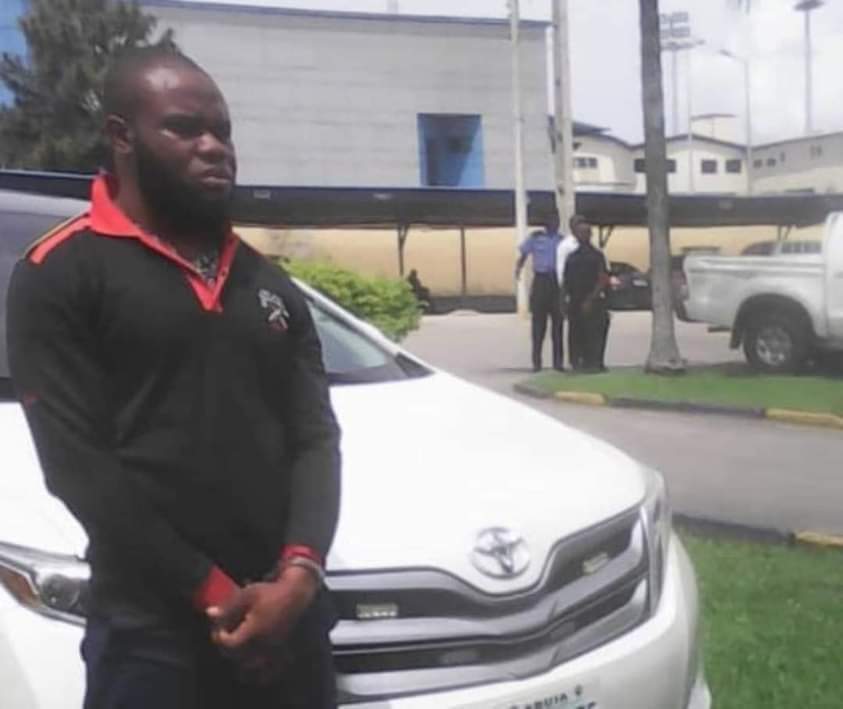 Police in  Rivers State Command has paraded a member of Abia State vigilante group, mr Okorie Chukwuma, for killing his employer who based in the US. The victim was identified as  Mr Eyinaya Ogbonna.

He had returned home to invest in Nigeria and was building a gas station.

The victim employed the suspect through the Abia State Vigilante Service to work for him and guard the facility.

The suspect began to disrespect his boss so he conspired with another member of the vigilante and shot him dead with a pump action gun when the boss visited the gas station.

After killing Ogbonna, the suspect stole his Toyota Venza car but was arrested when he went to Port Harcourt to sell the car.

He confessed to the crime during an interview with journalists in Rivers State.

“I am here because I keed my boss,” Chukwuma said. I came to PortHarcourt to sell his car but unfortunately, the police caught me.”

“My boss told me not to bring friends to the gas facility. So on Sunday, he came and saw my friend and started making trouble. Later, he said, since I don’t want to listen, he will terminate my work and that even if his money will go, no problem.”

“So when he left, My friend and I planned against him. When he came back later in the afternoon, I shotttt him with my pump action gun from the back. He didn’t know that I will keel him. I was arrested when I came to PortHarcourt to sell the car.”