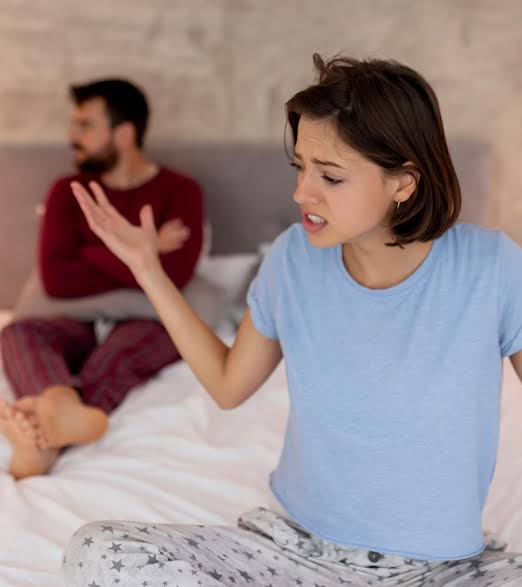 Her mood was remorseful that faithful morning after the word-fire last night over trivial joke about the virtues of a neighbour’s wife.

As usual, in the bid to salvage the situation, Ochanya made his Prefered food.

“Obiye kum ( my better half in Idoma language ), your favorite is already served for breakfast .”

” You can keep your breakfast, I need to be in the office now so you can have what you discribed as space in the attention, attention in between the space and attention in the space last night. ” Adikwu said angrily.

“Other men catch fun with their wife after a long day at work, but all I get is an all night nagging as reward for my care and love.” He continued as he stepped in to the car and drove off.

No sooner had he reached the office, than his phone beeped. It’s Ochanya calling.

After several decline and equal call back, Mr. Adikwu eventually received his call.

From the other end he heard, ” obiye kum….pls, come back.

my waist…my waist….my waist..the baby.. it’s like the baby is coming.” Ochanya expressed in painful tone.

Since it is their first expected child after 9 years of marriage, Mr. ADIKWU in less than 20 minutes; arrived home only to meet the wife with a cardboard which reads :

You know you are all I have pls, forgive.