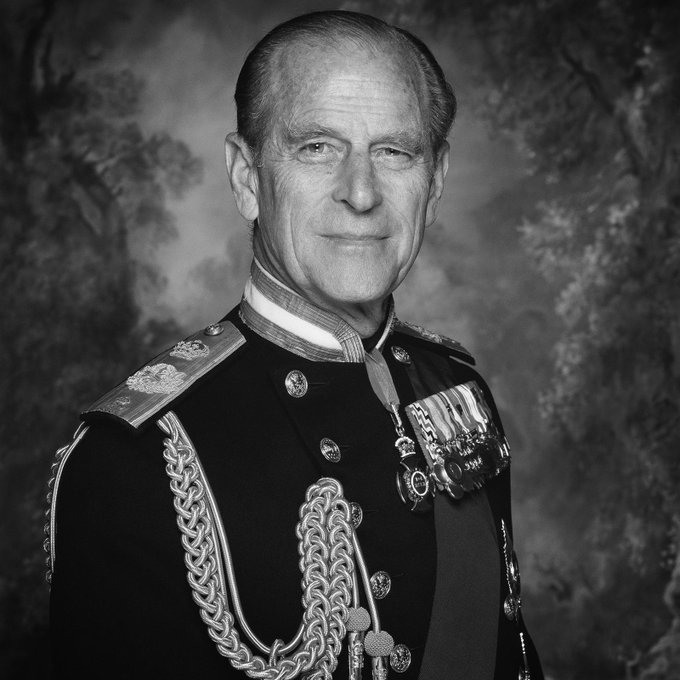 “His Royal Highness passed away peacefully this morning at Windsor Castle,” said the family in an official statement.

“It is with deep sorrow that Her Majesty The Queen has announced the death of her beloved husband, His Royal Highness The Prince Philip, Duke of Edinburgh.

His Royal Highness passed away peacefully this morning at Windsor Castle.” The royal family twitted.

ALSO READ, SEE HOW DMX DIED THE SAME DAY AT 50

Prince Philip, the husband of queen Elizabeth 11 was admitted in the hospital some time in February 2021 and underwent a surgery for an undisclosed  heart condition.

Britain’s Prime Minister, Boris Johnson said prince Philip “earned the affection of generations here in Britain, across the Commonwealth and around the world.” “Like the expert carriage driver that he was, he helped to steer the royal family and the monarchy so that it remains an institution indisputably vital to the balance and happiness of our national life.”

His role in life was to walk closely  behind the queen,  Philip in his life time carved out his own reputation through his services to humanity.

“Essentially, the queen has always worn the crown,” said Giles Brandreth, who ran one of Philip’s charities for years, while “Prince Philip was always allowed to wear the trousers. That’s the way it worked.”

Prince Philip is from Greek royal family and was born in 1921. He was Educated and served as a naval officer in Britain.

Fortune smiled at young prince Philip and he was chosen to be an escort to the young Princess Elizabeth on a tour back then in Britain. Both the queen’s cousin and all family members who embarked on the tower testified the impact that Philip made in his first encounter with the Britain royal family

In a televised interview , Rhodes, a family member once stated that Prince  Philip had the immediate advantage as a very good looking young soldier  when he first  met the young princess. He described him as an “utterly good looking, Viking god.”

In 1947, Prince Philip and the young princes got married at Westminster Abbeyin. The wedding was a televised ceremony that attracted millions of viewers both home (Britain) and abroad. The royal marriage  was the beginning of this Long-lasting union. Prince Philip  and queen Elizabeth 11 Survived by four children, eight grandchildren and nine great-grandchildren.

After the young Elizabeth was coronated in 1953, Prince Philip was very  supportive but as it is normal with human, he was not free from controversy and critics. Many around the world had a perception about Philip that he was a gaffe-prone fountain of political incorrectness as many of his initiated policies and  statements  were not welcomed by several people around the world.

Philip once in history, asked aboriginal people of Australia if they still threw spears at each other. In another unpleasant question, he once asked Scottish driving instructors how they kept their students “off the sauce” long enough to pass the test.

“He just said what he felt,” Brandreth said in a live  Broadcast. “He was very funny. Prince Philip was the man who said if ever you see a man opening the car door for his wife, it’s either a new car or a new wife. He was a shrewd observer of people.”

Philip was  healthy and actively  well into old age, but suffered different setbacks in recent years. He was sick and treated for a blocked coronary artery some time in  2011. He was also critically ill and  spent several days  in the hospital in December 2019. After a month, price philip was adviced to give up driving at the age of 97. This is following after he struck  his Land Rover near the royal family’s Sandringham estate.

Prince Philip retired from  royal duties in 2017 and frequent public appearances became rare. This was said to be associated with old age. He spent the  coronavirus compulsary lockdown at Windsor Castle with his wife, the queen.

The queen wrote a  glowing tribute to Philip  on their wedding anniversary Tagged “golden”, but some of her words could well serve as his epitaph:

“He has quite simply been my strength and stay all these years,” said the monarch. “I and his whole family, and this and many other countries owe him a debt greater than he would ever claim, or we shall ever know.” Says the tribute