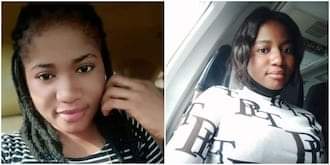 The comedian, Ada Jesus who battled with kidney desease, had early this month gone to prophet odumeje to plead for forgiveness after she made a joke about the radical pastor and actress, Rita Edochie.

Trending video shows how the actress said she was not going to forgive the comedian for her joke.

Rita Edochie was highly lashed at by fans for saying she would not forgive. The actress was  told by many followers that the ailing Ada jesus only wanted to be at peace with every one and that her illness was not as a result of  her joke.

What ever be the reason behind her death, may she rest in peace. Amen!!