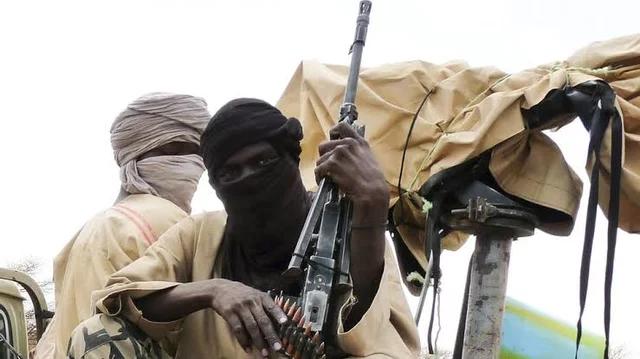 The commissioner clearly  gave the names of the six victims of the attack in Bagoma as  Kasage Ali, Makeri Kugu, Mai Jakki, Haruna Kawu, Ali Agaji  and Bala Gwamna.

The report further  said a person identified as Salisu Gwamna who is an  older brother of one of the deceased, Bala Gwamna, was also injured in the deadly  attack.

The commissioner also explained that  it was reported to the Kaduna state government that armed bandits equally attacked another village called Amfu village in Kachia LGA and  one Mrs Rahila Dauda was shot dead by the attackers.

On the report of the attack on Church at Manini in Chikun, the commissioner said:

“Kaduna State Government has condemned in the strongest terms the attack by armed bandits on a place of worship on Sunday morning in Manini village, Chikun Local Government Area.

“Attacking innocent worshipers who were exercising their natural and lawful right to assemble in worship, represented the worst kind of evil.

“The Governor sent heartfelt condolences to the families of the deceased and to the Haske Baptist Church.

” The Governor prayed for the repose of the souls of the slain in all the attacks. He also wished the injured victim a speedy recovery.”

He further  stated that the partly burnt dead body of a seven-year-old called Abubakar Sarki Musa, was found in an uncompleted building in Hayin Danmani area, Rigasa, Igabi LGA of Kaduna state.

One Saddique Umar, an 18-year-old resident of the area, confessed to killing him, after luring the boy into the deserted building in a bid to steal a phone placed in his possession.

He said a preliminary investigation conducted so far revealed that four people were missing which arouse a suspicion that they might have been kidnapped by the hoodlums, while two others sustained gunshot wounds.

He said normalcy had since been restored as security has been beefed up in the area with a view to forestalling the recurrence of the dastardly attack while concerted effort was ongoing to locate the missing persons.