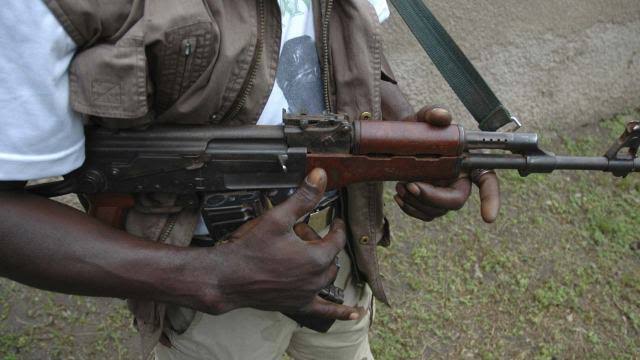 A security guard was reportedly killed on Sunday, following an attack by unknown gunmen in Lalighi community area, a suburb of Kaduna metropolis.

It was gathered that four people were also abducted, including a woman, her two kids, and another child.

The children are reportedly aged between three and five years old.

A resident of the area, who pleaded anonymity, said the gunmen invaded the community at about 1:15 am, adding that the security network in the community appeared to have been compromised, as they took the local vigilante group by surprise.

“We believe very strongly that the bandits were working with an insider because of the way they operated.

“They seemed to know everything about our security arrangement in the community. We installed bells at particular locations, and we ring them every hour in the night to indicate that the vigilante are patrolling the community.

“We have a well-organised vigilante group that patrols the community every night till daybreak. Some of us usually accompany the vigilante members for patrol.”

He added that two of the gunmen, who were sent to launch the attack, hid by one of the bells, and when a member of the vigilante went to ring the bell, they shot him.

“We knew something was wrong because we heard the gunshots, so we started blowing whistles,” the villager said.

“The bandits also started blowing whistles too. Suddenly, some of the bandits who had surrounded the community trooped in, shooting sporadically in all directions and we ran for our lives.”

An elderly man, who was alleged have been shot on the waist, was reportedly taken to the St. Gerald Catholic Hospital, Kakuri, Kaduna, for treatment.

One of the houses the gunmen were said to have broken into belongs to a staff of the Defence Industry Corporation (DIC), Kaduna, and the owner’s wife and two children were reportedly kidnapped.

The resident added that the attackers mainly targeted the houses of people who have been coordinating security in the community.

Attempts by TheCable to reach the Kaduna state police command had not yielded results at the time of this report.