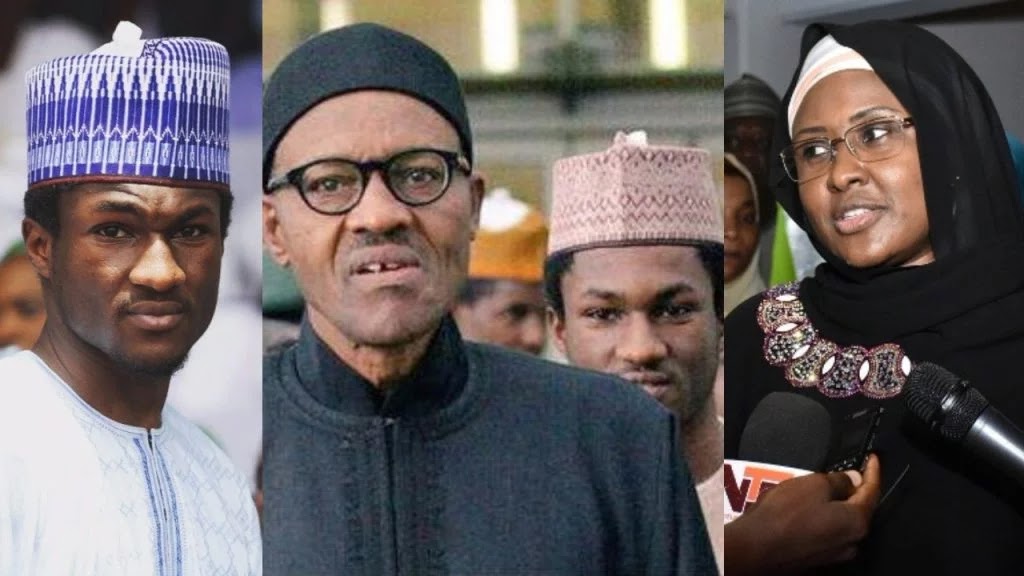 The popular  leader of the Indigenous People of Biafra (IPOB), mazi  Nnamdi Kanu, has revealed that  the actions of family members of President Muhammadu Buhari, had backed up his  claim that the man in Aso Rock, is actually Jubril from Sudan.

“Fourth, since February last year, one notices a profound distance when in public between Jibril and Buhari’s family members, especially Buhari’s wife, Aisha and son Yusuf.

“Whereas, Aisha appears to be studiedly aloof from Jibril, Yusuf was photographed awkwardly shaking Jibril’s hand after he returned from his long stay at a German hospital, where he had been admitted and treated for injuries stemming from his bike accident.

“Fifth, Buhari was a very tall person, noticeably taller than other equally tall public officials such Senate President Saraki, who now appears taller than the man claiming to be Buhari. How come?

“It was Lai Mohammed, the Minister of Information who tried to explain this by claiming that Buhari used to wear high-heeled shoes, which he now no longer wears on the advice of his doctor, thus making him appear shorter. Is that plausible?

“Sixth, since his ‘acclaimed’ recovery from his debilitating ailments and discharge from the London Hospital, the man that claims to be Buhari has not been traveling to London for mandatory follow-ups.”