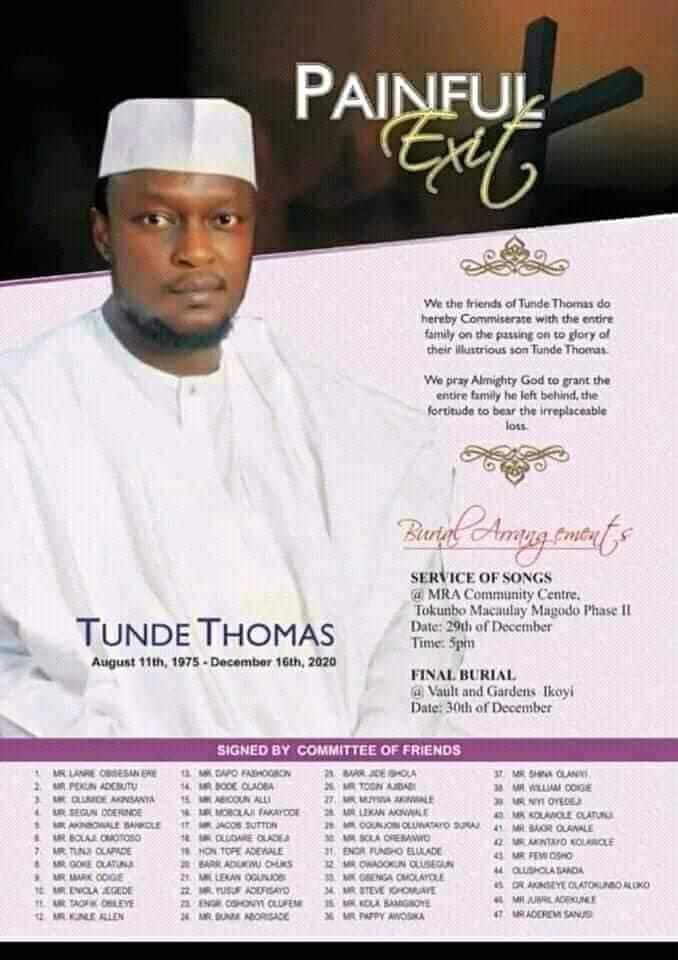 Husband of  a staff of first city merchant  bank FCMB, Tunde Thomas AKA Tunde Gentle who just turned 45 died about two weeks ago from heartbreak after the wife told him that their two kids belongs to her boss, the MD.

The two adoring  kids in his marriage were discovered to have been fathered by the present  MD of the bank, Mr. Adam Nuru, who was his wife’s boss in the same bank.

The woman,  Moyo Thomas also known as Nee Ojo, was allegedly  engaged in a deep romance with her MD for a long time. The relationship was said to be known to all in the bank as it was an obvious one.

The Billionaire Nuhu, who is the present MD of the bank was carried away in fornication  with the woman. He spared no thought for Tunde who was training  the two children he actualy thought was his kids.

According to our source, late Tunde, the  husband  was so much  in love and attached to his wife and the two children. Close family source says he spent most of his resources on them. He was said to always  take them to London and Dubai on almost every vacation. 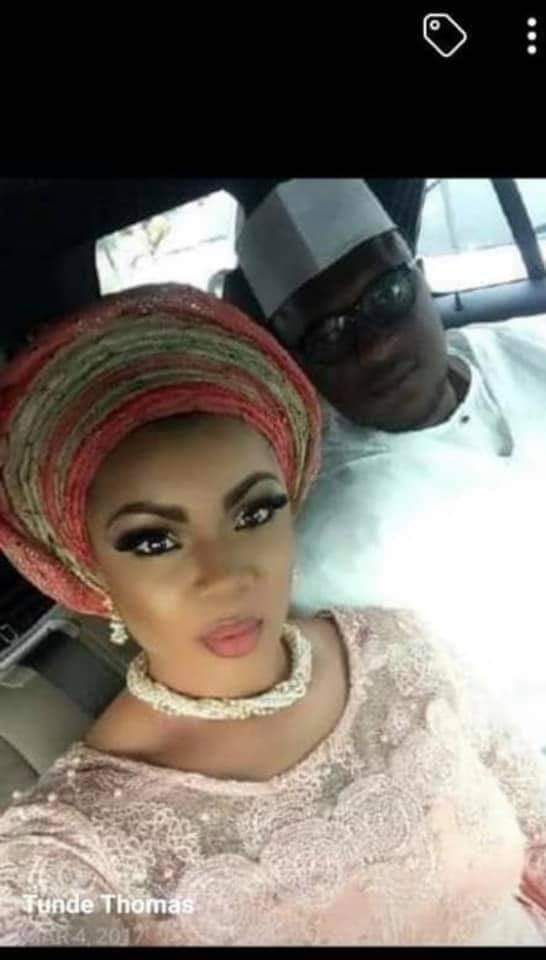 According to the source, the woman  suddenly resigned from the bank  and travelled to the United States  with the two children for holiday. When the holiday was over and the children were not returned,  Tunde the husband  started asking questions and his wife finally summoned the courage to tell him that the  children were not his. 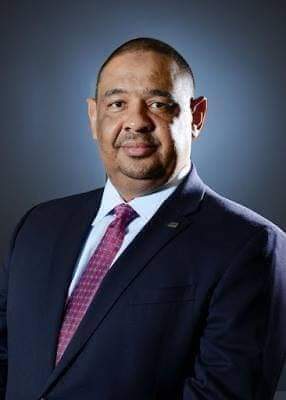 She further went to the streme extent of filing for asylum in United State. She did that  on the ground of marital violence in Nigeria, against Tunde, who is a man known to many  by his gentle nature and easygoing disposition. Our source said Her sole  aim of the filing was to get citizenship  and also get Tunde barred from entering the Utied state forever.

The news was  given to tunde in 2017 which made him got stroke. Tunde recovered from the stroke but was said to have turned out to become a shadow of him self as he would often cry relentlessly.

After his recovery, it was believed that he  picked up the pieces of his life and tried to move on. He reportedly later  started another fresh relationship with a lady who is a lawyer. Not longer, he decided to invite  some friends to accompany him to visit the lady’s family  on this December 26th, 2020.

Sadly, they could not visit the lady  lawyer’s family as  Tunde was said to have got home from work on 15th  and collapsed at his house’s  staircase. Tunde  died instantly.

According to an Autopsy report, the cause of tude’s death was ‘heart failure’.

Tunde, AKA, Tunde Gentle, who was a  former staff of the defunct Oceanic Bank of Nigeria, died on the 15th December and was buried on Wednesday, 30th of December 2020.