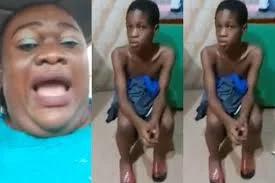 11-year-old boy was allegedly sexually molested at the Deeper Life High School in Akwa Ibom state. The young boy identified as Don Davies, opened up on his ordeal in a vital Facebook live video with the mother.

In the Facebook live video with his mother that lasted several minutes, the lad, Don Davies who enrolled in the school some times on October eight (8), 2020, said his anguish in the school  began when he started bedwetting in the school’s dormitory while asleep.

Don Davies said he was transferred to the school’s senior student dometary because of his condition.

“Because of bedwetting, Mr Akpan used a belt on me, iron, stick, and sometimes stone. They transferred me from JSS 1 dormitory to the one for SS 1 students. Mrs Ndidi told Mr Joseph Ikenna to transfer me,” he said. 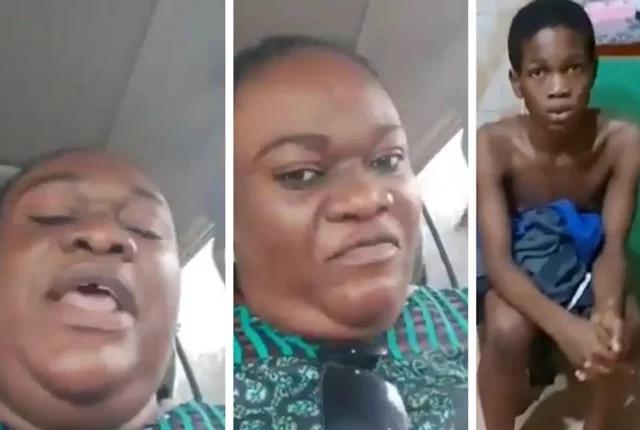 At the seniors’ dormitory, the 11-year-old narrated,

“Two boys named Ola and Shalom used to put their hand inside my anus, bring out faeces and use the same hand to beat me.”

The mother  asked why he didn’t report to the school authorities, not even the Mrs Ndidi who ordered his transfer to the senior dormitory, the victim,  Don Davies said is because Ola and Shalom had threatened to kill him if he did. 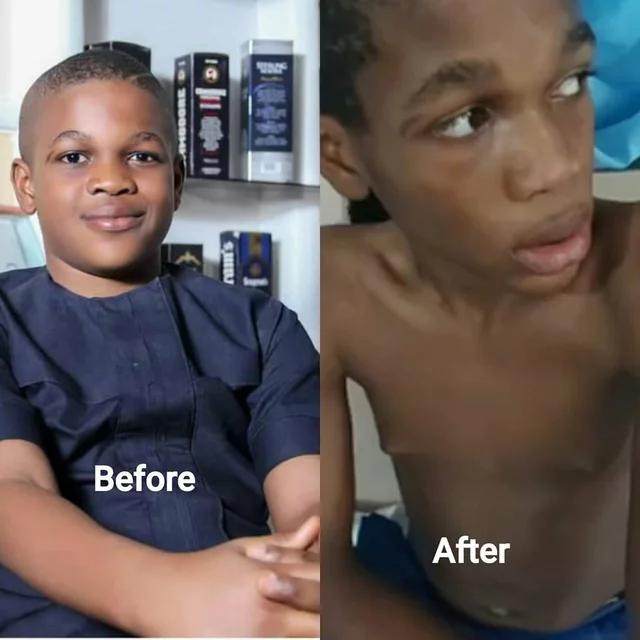 When Don Davies’s mother continued to interrogate him, he revealed that Ola and his partner made him bend for them to put their bare hands in his anus. He further stated that their action always  made him feel like passing out faeces.

He however said that they used to carry out the alleged act on me around  12 O’clock when everybody has slept deeply .”

His mother then further  asked why he failed to report them to the school’s vice-principal who noticed something unusual about him.

“Your vice principal told me that he once called you and asked you why you were walking with your legs open like a woman. Why didn’t you seize that opportunity to tell him what was happening to you?” she asked.

He replied that the two of them threatened to kill him if he expose them to anyone about what they were doing to him every midnight.

Davies  said when he was taken  back to JSS one dormitory, Mr Akpan continued to to maltreat him because of the bedwetting which he could not control.

Every mealtime in school, he said,

“Mr Akpan sends me back to the dormitory to go and stay there.” He said the aim was for him not to get food because he would return late from the dormitory.

When his mother asked if it was one of  Mr Akpan’s strategies of stopping the bedwetting, Davies said, “It’s a way of starving me,”

This serious allegation is currently being investigated by  police and Akwa Ibom State Government. The state’s Commissioner for Information and Strategy, the person of Comrade Ini Emem Obong, promised to take the appropriate action once the investigation is concluded by their experts.

A statement isued by the Akwa Ibom government reads:

We appeal to the public to exercise patience for a thorough investigation to be carried out by the police and other relevant institutions on the matter. The State Government will upon receipt of the reports take necessary actions thereto.”