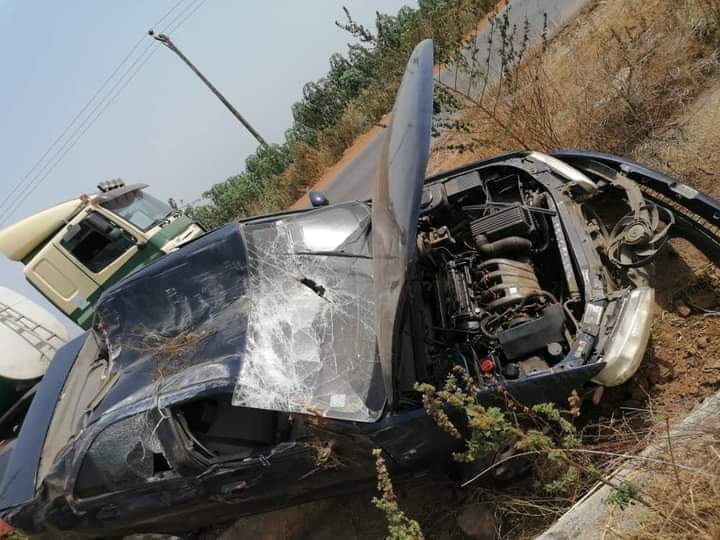 Brave DSS officer abducted at gunpoint rams his car into culvert, kills one of his abductors, gets other arrested.

The said  kidnappers  entered his car at Dutse Alhaji in Abuja. The kidnappers held knife and gun to the throat  of the DSS operative.  While  he was on motion, the operative, who already  had his seat belt on, bravely rammed his personal  car into a culvert which  led  to the death of the criminal wielding knife, while the other with a gun pointed on him  momentarily lost consciousness and  was eventually arrested  by the police.

According to eye withnesses, the brave action made the vehicle to roll over several times and finally coming to still with its four  tires facing the sky. The operative  survive with minor injuries.