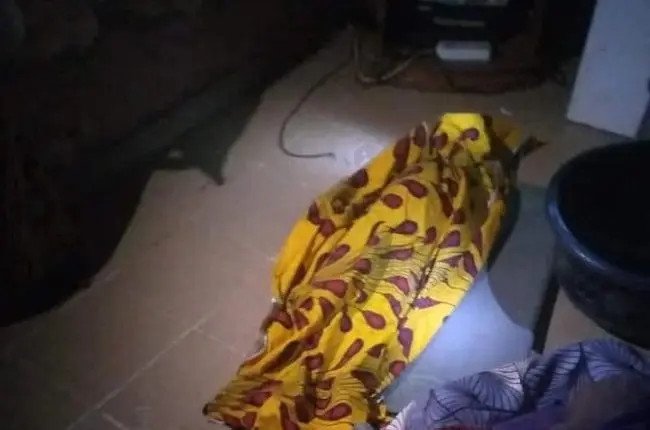 Her dead body was found  at the krumashi cemetery near her home, just  few hours after her family declared her missing.

A member of the family make it known that the girl returned from Islamiyya school around 11 am then she changed into her play clothes and went out to play with other kids in the environment.

Her mother , Amaratu Ya’u later discovered that she was missing.

“The search for the girl began and she was found dead at a burial ground in the area by a farmer with sand all over her body,” said the source.

“The search started around midnight and lasted till evening. It was a man who was returning from farm that discovered Aisha’s lifeless body dumped in the cemetery close to their home and alerted people.” the source added.

The Commissioner for Ministry of Human Services and Social Development, mrs. Hafsat Muhammad-Baba, confirmed the incident. She called on the State Commissioner of Police to deploy all available resources to get hold of  the perpetrators of this dastardly crime that have sent tears down  the cheeks of her loved ones.

“Right thinking Kaduna people are very sad with this unfortunate development. While we are still waiting for the apprehension of criminal elements who did a similar thing in the same area during the lockdown, this one happened again. It is unfortunate, to say the least,” she said.

“This is coming at a time the current administration  is doing everything possible to protect our children in Kaduna State. The criminals are still on a high rampage but they must be put to an end.

“With cruelty of this nature, our dear children are not safe any longer because this can happen to any child. This is why our security must do their work to apprehend the perpetrators and bring them to justice for the victims

“I am calling on the Commissioner of Police in Kaduna, CP Muri Umar, to help us get to the bottom of this. I know Police have a way of investigating this kind of incident. This is important because the perpetrators of these two sad occurrences are on the rampage and must not allow them to do the third one,” she added.

The spokesperson of the Command, ASP Muhammed Jalige,  said the cause of her death will be confirmed after an autopsy is carried out.

Jalinge said the police had already gone to a Magistrate Court to sign a coroner form which would enable the hospital to carry out an examination on the remains of the girl.

“The Police is trying to get a form called coroner form signed by a Magistrate Court. This is a form that will enable the hospital to examine the girl. After the examination, the hospital can then release the corpse to the parents for burial,” he said.