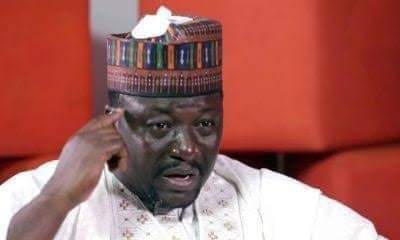 The leader of arewa consultative forum has Stated that the North will not hold their hand and watch southerners remove Buhari.

Speaking to news men in Minna, SHETTIMA stated that the southerners are trying to cheat the North again as they did after the death of Yar adua.

He stated the readiness of the North to an imminent war if the protesters demands for buhari’s resignation or an End to Nigeria.

Since 1999, the south has been cheating us as regards to the office of the president.

When obasanjo was the president, nobody Disturbed him until after his complete eight years in office.

IMMEDIATELY our brother took over, they went against him until he died. Instead of using another northerner to complete his tenure, they forced Jonathan on us.

Now our brother buhari is in power again,they are using everything AGAINST him forgetting that we still have 8 years after his tenure to equal that of Jonathan and obasanjo.

The point is that we the northerners are not going to tolerate all that. We will go to war if the protesters ever demand for buhari to resign or an end of NIGERIA like some of them are doing in ANAMBRA STATE. Shetima stated.