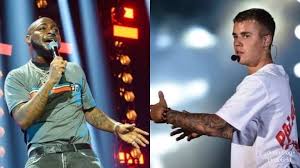 Hours after Omoyele Sowore and Olawale Bakare were rearrested by the Department Of State Security (DSS), Nigerians have taken to the social media to react to the development.

In a tweet, famous musician, Davido, wrote: ‘Justice slowly becoming a thing of the past in our dear country. A kid somewhere in Nigeria dreaming of becoming a lawyer and bettering the community would see this and start having doubt, just sad.”

Nigerians on Twitter are reacting to the re-arrest of publisher and convener of the #RevolutionNow protest, Omoyele Sowore, inside the Federal High Court Abuja today December 6th.

While some are in support of the treatment being meted on Sowore, others are of the opinion that Nigeria is currently sliding into a dictatorial government.