A young man of avarage age, identified as Mr Isaac Terkende who died of accident had surprised family and friends as he laid inside casket and snapped the previous day before his demise.

He had earlier asked a friend to follow him to a furniture shop where caskets are sold. He laid inside  one of the caskets that is under construction and asked the friend to snap him pictures.

Ochesy.com  learnt that the next day  he was on transit and  he had a fatal accident and gave up his ghost. he was laid to rest today in Guma LGA of Benue State.

The question is, was he envisaging his death to be next day? What warranted his move? 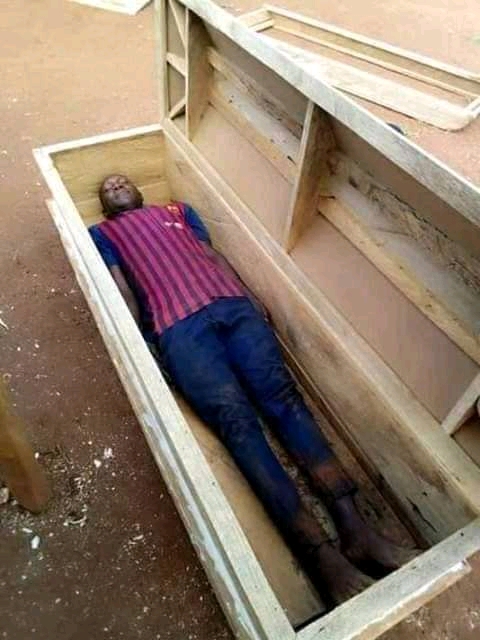 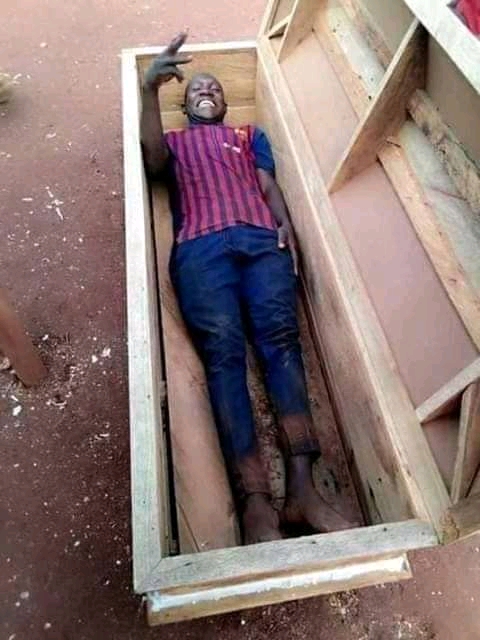