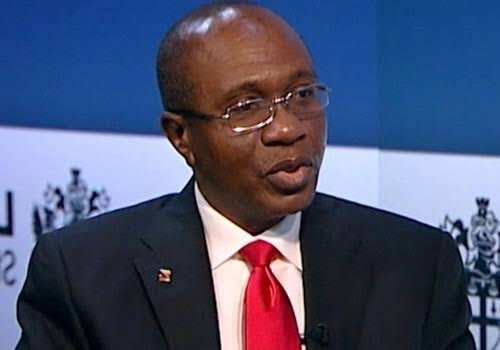 The Central Bank of Nigeria (CBN) has clarified that the implementation of charges on cash deposits and withdrawals in the six states where the cashless policy is in place will only affect five per cent of bank customers as about 95 per cent do transactions within the threshold.

The governor, Central Bank of Nigeria (CBN), Godwin Emefiele, stated this at the end of the 269th meeting of the Monetary Policy Committee (MPC) in Abuja.

The charges would, however, only apply in Lagos, Ogun, Kano, Abia, Anambra, Rivers States and the Federal Capital Territory (FCT).

Emefiele said: “Close to 95 per cent cash deposited or withdrawn from banks fall within the threshold.”

The implication of this, according to Emefiele, was that a large number of bank customers would not be affected by the decision of the bank to promote cashless policy.

“This has shown that, contrary to claims by financial experts, the policy will not have negative impact on SMEs and other small businesses and also people in the rural areas when eventually the policy starts nationwide by March 2020,” Emefiele said.

The CBN governor said the committee expressed its support for the Federal Executive Council’s decision to increase Value Added Tax (VAT), saying it would reduce the budget deficit and government borrowing when implemented.

His words: “Committee noted that this was too little to close the gap in government financing and called on the government as a matter of urgency to adopt a big bank approach towards building fiscal buffers by freeing up redundant public assets through an efficient and effective privatisation process.

“This would raise significant revenue for the government and resuscitate the redundant assets to generate employment and contribute effectively to national economic growth.”

The Federal Government was also advised “to adopt other ways of funding its operations outside the banking sector” so that credit could be directed towards the private sector.

Emefiele added that the CBN would no longer provide foreign exchange for the importation of cassava and its by-products.

Some of the by-products that would be affected include starch and ethanol.

“We will prevent them from doing so with all our might,” Emefiele said.

At the last MPC meeting held in July, the CBN governor had announced the bank’s intention to restrict forex for the importation of milk.

“Today, the import of milk annually stands at $1.2-$1.5 billion. That is a very high import product into the country. Given that it is a product that we are convinced can be produced in Nigeria.

Since 2016, the CBN had been restricting forex for the importation of items it said could be produced in the country.

After an initial list of 41 items was released, the CBN had updated the list with fertiliser, milk, textile and now cassava.

Meanwhile, the MPC at the end of the meeting voted that monetary policy rate, which measures interest rate, should remain at 13.5%.

This was the third consecutive time that the committee would retain the rates since March 2019 when the rates were reduced by 50 basis points.