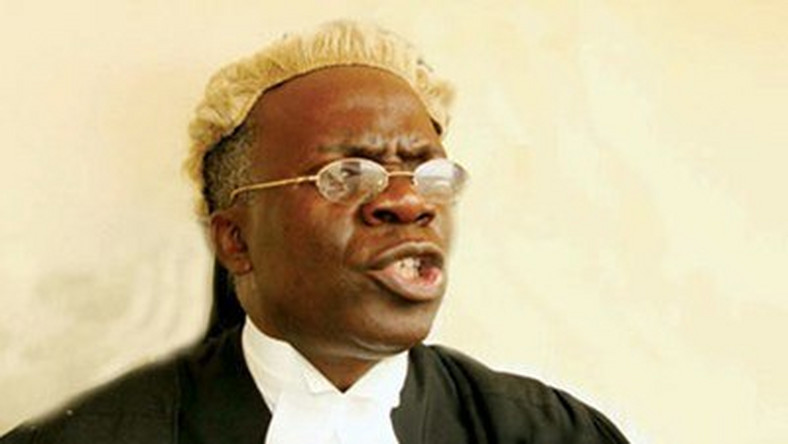 As the waiting still continues at the headquarters of the Department of State Services of Nigeria  in Abuja over the release of Omoyele Sowore, his fearless  lawyer, Femi Falana (SAN), has vowed to remain at the facility of rhe DSS pending the release of his client.

The fearless  human rights lawyer insisted while breifing  news men that he and his team would stay put until the DSS releases Sowore to him as ordered by the competent court and having perfected the bail condition given by the court.

He said that as long as his client was being held, he would not leave the premises of the DSS command.

Justice Taiwo  of the Federal High Court in Abuja had on Tuesday ordered the Nigeria  DSS to release Sowore on bail.

However, Nigerians had expressed doubt on the possibility of the  DSS and President Muhammadu Buhari’s administration to obey the court order especially following the regime’s attitudes  for disobeying court orders.