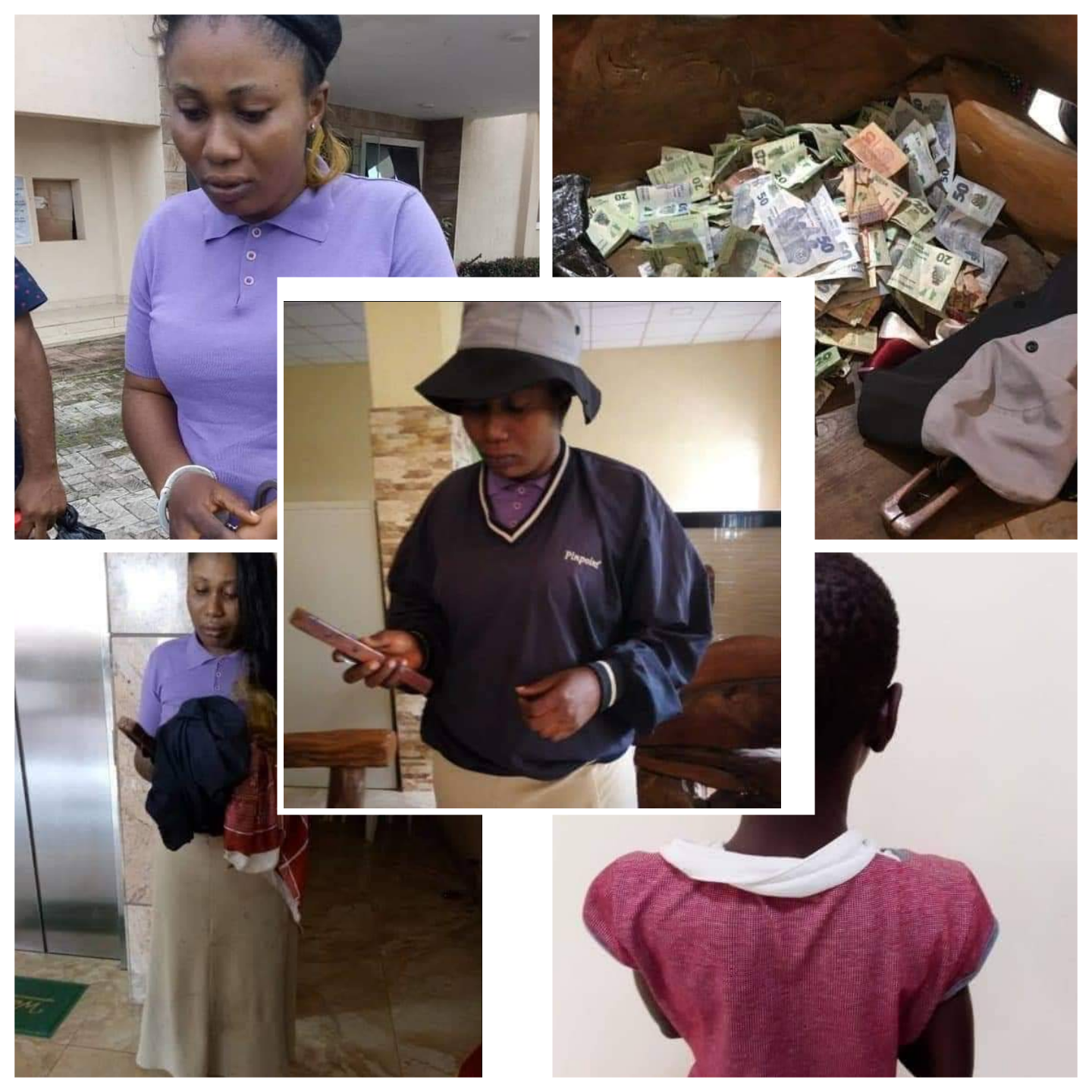 Drama ensured in Ado-Ekiti, the Ekiti State capital on Thursday as  nemesis caught up with a popular street beggar Nzube Ekene who pretended to be blind.

The mother of two who often beg for money at the traffic light around the  popular Fajuyi roundabout with a ten year old girl she trafficked was arrested through the intervention of the chairperson of the Association of Women Lawyers known as FIDA Mrs Seyi Ojo.

During the arrest Ekene was putting on  tattered cloths and a hat that covers her face  thus deceiving members of the public that she is blind.

She usually seat on the floor while the teenage girl goes around to beg for money from motorists and passengers held on by the traffic light.

Giving her account to Roundoffnews, FIDA chairperson Mrs Seyi Ojo said she was in the queue of vehicle stopped by the traffic light when the girl approached her and begged for money a situation she said touched her heart deeply.

Mrs Ojo said on getting to the office, she ordered the invitation of the woman with hope of rendering possible assistance only to discover that she was a fake.

According to her, the woman was well dressed beneath but only covered herself with the rags so as to attract sympathy.

Over eleven thousand naira was found on her as at eleven o’clock in the morning when she was arrested.

The little girl whom she was using to beg for money could not hide her feelings as she grabbed the FIDA chairperson in joy for rescuing her.

Narrating her ordeal the girl who gave her name as Ada said the woman came to her mother in Imo state and requested that she go with her to the Southwest so that she can assist her trading.

She promised to enroll the girl in school which she never did.

Ada said she was surprised after getting to Ado when the woman told her to be begging on her behalf.

According to Ada, she first insisted but the woman beat and threaten her before she succumbed.

She claimed that she had begged the woman overtime to allow her speak with her mother but she insisted and even tore the book where she had earlier wrote the number of her mother.

The girl also complained that the woman was in the habit of maltreating her despite the fact that they make lots of money on daily basis.

Speaking with Roundoffnews, the fake blind woman-beggar Ekene said she lives in Ikare Ondo State but from Imo State.

She claimed that she was involved in the business to survive due to lack of job.

She confirmed that she lied to  Ada’s mother about her job.

As at the time of this report the mother of two has been handed over to NAPTIP for further interrogation.