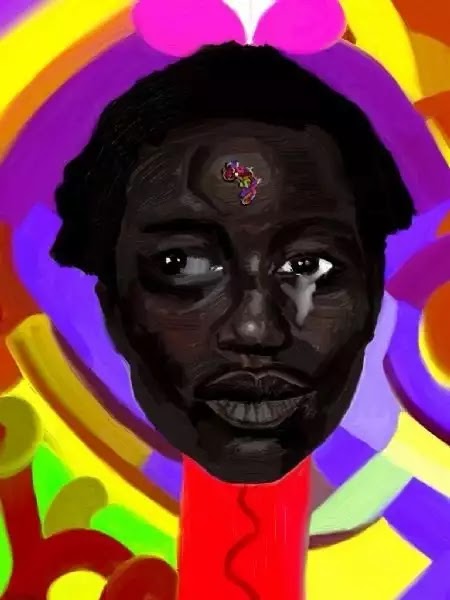 Evidence showed that the Idoma people have been around Benue valley for more than a thousand years. Another mysterious Idomoid people known as Akpoto were noticed to be the earliest inhabitant of the region occupied by Idoma, Tiv, Igala, Egbira and Bassa today.
Evidence also drawn from rites, songs and folklore showed that the Idoma at Apa achieved a great civilization with centralised government and we’re advanced in warfare, trade, crafts before the rise of the Hausa city states, Kanem -Borno and Kwararafa of Jukuns. The rise of this kingdom was detrimental to the Idoma at Apa. Initial alliance was made by with Jukuns who tried to form a tribute state. An attack on the Hausa overran Zaria and Kano but failed at Ngazarmu the capital of Kanem -Borno empire. Their use of iron chariots gave the illusion of invincibility which cause war apathy in Apa. The final blow on Apa was from internal power tussle which as a result, Jukuns became the sole ruler of the whole Kwararafa Multiethnic groups. Kwararafa became very unsafe forcing many and later all Idoma people to migrate southward. The different Idoma communities today settled individually on different occasions from 1500s – 1800s. The first are the Agatu who founded Ogyogo in Present Makurdi before final settlement at their present location. The second batch left to Igala land in which they joined Idah during the Attah Aji and Oba Esegie war of year 1516, Idah lost the war to Bini, and here after the Idoma there appeared to be denied their possession which led to mass migration from Idah. Some of the groups stopped at present Otukpo region, and joined their kins known as Idoma – Otukpo while those that crossed River Benue (Omada) became the Idoma -Nokwu. Efonya from the northern slavers that hit us hard. The fall of Opanda the headquater of Idoma and their kindred in 1600s scattered the Idoma and their kindred. Most of these Idoma group first settled at Abinsi (Abiche) with few Jukuns, like the Adoka, Ugbokpo, Orokam etc, but all left at different locations due to war, weather and distance living only another Idoma tribes known as the Etilo today.

Then the coming of the Tivs via Congo (citation needed) in the 18th centuries. It was so easy for the Tivs to inhabit these areas because the Idoma were already scattered. The push was so vigorous separating the Alago (Idoma nokwu) from other Idoma land northward, encircling the Etilo in present Bukuru/Katsina Ala, Ogyogo was destroyed and later become Makurdi in honour of a trader that came to establish a Market in person of Alahaji Audu Mai Kudi (citation needed).

Many other Idoma people left one Idoma community for another, the aboriginal Akpoto became some how extinct tribe, we suffered unity and recognition of one another at different era.
After this the Fulani Jihad of 1805 reached the Idoma land in 1920s.

Initially most of our kindred were dispersed and handful of Idoma tribes migrated to Igbo land in present Ette, Obolaffor, Agueri and Abagana, among all these only the Ette maintained their Idoma ties. We lost the remaining to the Igbos, these are our brothers known as WAWU in the voyage of William Baike. But yet we came up victoriously against Uthman Dafodios generals, only Doma, Keana and Obi were overan by the Jihadist.
Another overlooked fact that hit us hard were the British in late 19th centuries. When the British entered our land there was no paramount ruler to impose indirect rule on us, because we were ruled by independent Oche’ Aje hence they use Abakpa to tap our natural resources as a result conflict broke out and out people killed eight of them which led to Anglo – Idoma war. In 1899 Odugbeho in Agatu was burnt down, Akwu was completely raised by the British over 30 Idoma were massacred by the British until they encountered resistance in Ugboju by Chief Amanyi. Chief Amanyi was captured and exiled to Keffi then the same British impose indirect rule through the Abakpa in Egede land with indirect tax, which led to the Ogbuloko war in Ito, the British destroyed Ito and Ogbuloko was killed in Utonkon in 1922. In 20th centuries the Idoma nation tend to operate from Idah as traditional headquarters before installation of Ochi Idoma in 1947. Same British exiling system led to the death of great Ameh Obonyi of Idah. Then we were colonized by the British in 1924 with 22 districts and was handed over to the Northern region, our brothers Yala were ceded to the Igbos, they lost their Idoma ties. Many of our brothers were forcely recruited to the British Army and fought the Burma and Congo war. Then the Biafra war of 1967 hit us very hard. Agila were massacred, Otukpo was bombed in 1968, we fought our own brothersthe Yala and our trade union gone into extinction.
In 1967 the Idoma our 22 districts was ceded to Benue state totally ignoring our original brothers outside Benue trough that’s the Ette and Yalla then in 1976 our brothers Alago in Doma, Keana, Awe, Obi and Angwatashi plus Afor (Eloyi) were ceded to old plateau state. Base on my calculations only 40% of Idoma tribes formed what Is known as Idoma today.

We have been suffering marginalisation both at the federal and state level, our identity and tribe has been tagged minority, even in the stated we found ourselves. Idoma can’t boast of a Governor ever since the creation of Benue state since 1976, the was of it we were divided amongst ourselves. For instance the general Governorship Election of 2019, the Tivs were already divided amongst themselves in favour of Jime and Ortom, Idoma at the other hand were fighting themselves over the course of the Tiv totally ignoring our own brother Hon Sam Inalegwu Abah under the platform of YPP.
simple analysis
Zone A of Benue state comprises of 7 local governments
Zone B comprises of 7 local governments
And Zone C comprises of 9 local governments.
Assuming the Idoma can come to term to give Hon Sam Inalegwu Abah a bulk vote with Tivs divided for the course of Jime and Ortom, there is high possibility that Sam Abah may have came out victoriousl irrespective of Parties. Hence I don’t think we understand our cry of Idoma not producing Governor, we don’t make attempt, and we don’t trust ourselves, hence that noise should be buried. And anyone out there still assuming the Tivs are more populous than Idoma should also consider that there was never standard censors. From the onset of Benue Triangle in 1976
The Tivs were allocated 3 local governments Makurdi, Gboko and Vandekiya.
The Igala 3 local governments Idah, Ankpa and Dekina Idoma 3 local governments, Otukpo, Okpkwu and Oju.

As times goes on the political gains shifted the creation of more local governments became rampart in Tiv land with notable dominance in Benue state, the Igala split from us and joined their kits and kin in Kogi state in 1991 leaving the Idoma in with the Tiv as minority till date.