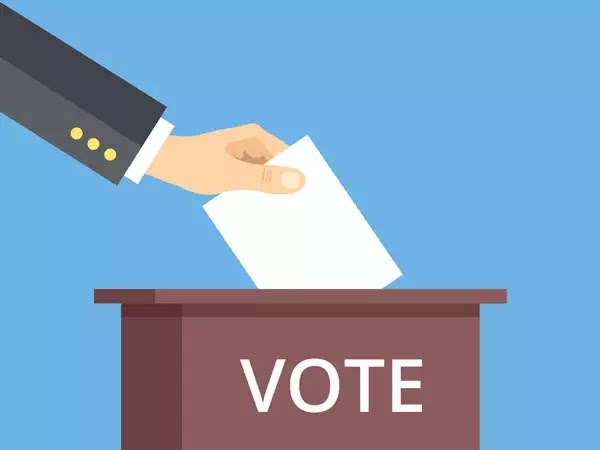 When a good king is on throne, the people enjoys but when an evil king rules, the people suffers. To ensure good and sincere leadership, the process through which such leaders are maked must be a sincere process and free of all Malpractices. Every country has their electoral body. The electoral body of any country is responsible for the credibility of a given election. Electoral bodies are said to be independent of all external controls but the reality of such statement is what I am yet to see in a country like Nigeria. The Independent National Electoral Commission is the body responsible for conducting elections in Nigeria. The Use of ballot papers in electing leaders is common across different countries of the world. It is seen as the best standard for electing leaders. Some  countries  adopted electronics voting and such countries seems to be more free of Electoral chrisis. Hardly to  hear disagreements on outcome of elections in countries like Netherlands that have adopted electronics voting. Also,  Other counties like, France and  Canada that uses electronics voting remain the top countries that seems to have elected leaders that reflects the choices of the people. Some  Countries that uses paper ballot for voting has so far recorded crisis and blood flows after elections. What about several court cases over disagreement on outcome of elections?

In Nigeria, the ballot system of voting is highly abused. It is Obviouse that many are disenfranchised technically by the electoral umpire. The Use of malfunctioning card reader makes it worse for voters. The most painful part In Nigeria electoral processes is the stressful nature.

From  inception of democracy till now, I can categorically state that Nigeria  has not conducted a real credible election. It is either the ballot papers are thumbprinted secretly while voters cue under heavy sun to waste their time or the results are formulated. Only  few election results have ever reflected votes casted. The security bodies in Nigeria has never helped in ensuring credible elections. They have all worked for the benefits of the rulling government or for the most powerful or highest payer. Many Governments has never been sincere to reform electoral system as administration has come and gone.  Does this means they have no idea on how to solve the problems that have characterised election processes? I guess many government has ever been sincere about this.

WHICH IS THE BEST? ELECTRONICS VOTING OR PAPER BALLOT ?

From my research so far, I have found out that the best way to vote in a country with high corrupt leaders is electronics voting. Ideally, Using electronics will likely limit the chances of rigging during elections.

HOW CAN ELECTRONICS VOTING WORKS IN COUNTRIES LIKE NIGERIA?

I have argued with several people that the best system of voting in Nigeria can not be the use of card reader and ballot papers as that has not yield good results for the betterment of the country.

I am very optimistic that Nigeria is a great country but with high corrupt leaders. A country full of people with high I.Q and hard working citizens. What ever the government sincerely wanted to do is what they have achieved so far. Example, reformation of banking system. Today, Nigerians no longer have fears in saving their money in banks because of how it has been structured. To curb excessive looting, the government mandated unifications of banking system through Bank verification number (BVN). Through this number, all your bank accounts are linked. If one Nigeria equals to a unique BVN that is generated per finger print then why can’t the government bring such system to electoral processes by adopting electronics voting where it can be one vote per finger print? what happened to Nigeria electoral system? I must suggest that the best way to carry every one along during voting must be through electronics voting. Let me show you step by step on how government can do this.

1.generate one code per persons up to 18 years through finger print

2. All citizens above 18 should have  his or her voter’s card that is bearing the person’s name and coded  numbers

3. A large displaying electronic voting machine per polling units. Such machine must be able to capture finger prints and record.

4. A large and visble  screen in an open area across all local governments  that will be displaying each vote casted for citizens and observers  to be seeing.

6.If a finger print is manipulated, the number associated with such maniputed finger print will be rejected or recorded as one by the voting machine.

7. The machine will reject all attempts to vote twice and sound an alarm to alart security personnels.

8. Political party agents is to gather and  see the vote reading and take notes.

9.Cameras will be mounted in all polling units to monitor all activities.

10 A law will be passed that will compell age of a teenager to be counted from 18 from the year he or she started voting. In this case,  if a politician is trying to influence teenagers to vote, they will consider the political and legal implications and perhaps  reject such inducement. This will discourage parents and guildians from allowing teenagers to enroll in electoral processes. This might not be a panacea but it will curb under age voting.

With this steps, electoral cases will be easy to be handled by tribunal and Nigerians will see the real voice of the people.

Do you have contritions to this? Please share with us.