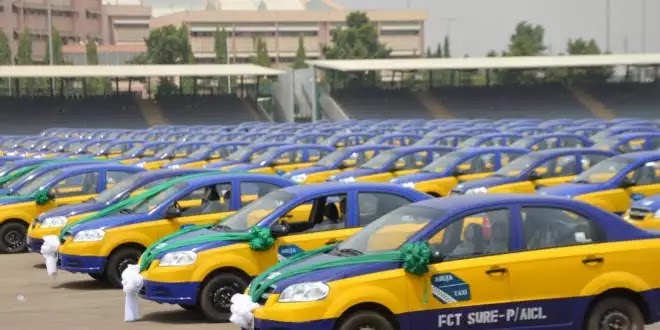 Many thought that the best job is to sit in a well funished office with coat and tie. This is not true in all cases. What makes a job good is the freedom and the earnings. Over the years, many have seen taxi drivers in Nigeria as people who are doing small jobs but how true is this? taxi drivers has built houses out of the same job. I have seen many people working in offices that have worked for years in Nigeria without accounting for any thing.

Lately, I found out that taxi (uber) drivers are doing a real prestigious work do to their earnings. We have gathered some datas of how much some taxi drivers in some cities earns a day. Check them out and see if you would like going into the business.

Lagos, the Most busy city in Nigeria is one of the top cities in West Africa.

Some times in  2016, Lagos State Government had  estimated the population of Lagos to be  17.5 million, although this number has been disputed by the Nigerian Government and found to be unreliable by the National Population Commission of Nigeria (NPC), which put the population at over 21 million in 2016.

UBER (taxi) drivers in this city make about N 8,000 which is equivalent to about 22$ or more on daily basis. The good thing about this business in this City is that you can start with just a car and gradually grow into having fleet of cars for your business or even starting a taxi company. Though it’s not  necessary you drive it yourself, you can hire a qualified  driver who would just give you returns on daily basis.

According to our estimation, the average trip for an Uber driver in Accra yields 16.09 GHS. Since most drivers usually accomplish one or  two trips per hour, this adds up to an hourly earning total of 32.18 GHS. If this is added for 9 workibg hours, it means Uber drivers makes about 289.16 GHS per day in accra.

Private Taxi work in Kaduna is unlike the lagos system. The reason lies on the economic status of the state. Taxi drivers in kaduna makes 4,000 to 6,000 naira daily depending on the season.

In Abuja and other states in Nigeria, the amount that drivers make a day is not specific. A driver in Abuja said he makes about #7000 daily while another driver said he makes 5000 and above a day.

Taxi drivers in Katsina makes good money but the presence of keke plying most of the roads has affected the rate of their earnings. They are said to be earning at least 4,500 naira to 7,000 per day.

Enugu, the coal city is another city that drivers makes good money per day. Though it depends on the season. Drivers in Enugu who works hard per day makes about 7,000 naira. It depends on the route. The state is said to have bad roads till resent time.

The amount made by taxi drivers in Anambara per day is not certain. The state is known for bad roads for some years. Drivers makes good amount here but the challenges of crime rate in the state makes taxi drivers more careful on route to go. Some are said to be making at least 6,000 naira and above per day depending on the season.