Skip to content
HomeBlognewsGroundnut Farming And It Economic advantages 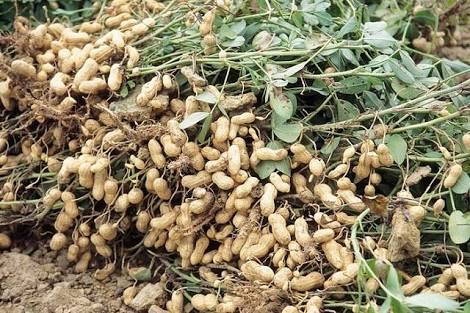 Another crop that it Economic uses can not be overemphasized is groundnut. Groundnut has contributed immensely to the Nigerian GDP.

Before the discovery of oil in Nigeria, the only source of Government revenue was agriculture. Agriculture sustained the economy of the country from the precolonial era to some decades ago. More roads, and other social Amenities was produced in the country. All these are products of earnings from agricultural sector.

At that age in the history of Nigeria, groundnut was produced in a very large quantity mostly from the Northern part of the country. The best topography and soil type that favours the production of groundnut is found in the Northan part of the country. The average rain fall in the north is relatively low yet favours the growing of groundnut. Average of four to five months of annual rain fall of a region is enough to naturally grow groundnuts.

Groundnut, a crop that bears it’s fruit in the soil, is an economic crop that can be used for different industrial and domestic purposes. This ranges from the oil produced from it down to the dirrect use of the seeds. Groundnut oil is second or first to the most consumed oil in Africa. It can be used to cook all forms of foods as it special taste is always special.

The crop is very adaptive to different climatic conditions. It can be grown in most forms of soil that has some little particles of loamy. It is a special crop that does not need the use of fertilizer to be grown. Fertilizer is said to have bad effect on the crop as it makes it to be fresh on the leaves but produces low or zero seeds in the shell. Fertilizer does not enhance the yielding of groundnut.

How to grow and Maintain groundnut

Growing of groundnut have a correlative steps with tuber crops. The steps are:

The site where the crop will be grown is expected to be cleared few weeks or months to the cultivation. After the clearing, do not take the cleared bushes off the land instantly, allow it to decay or partially decay before using rake to gather it. You can burn or manually pack the cleared bushes out of the site. In some cases, you can leave the cleared grasses and heap your ridges on them.

2. Source for the seeds

Ground nut seed is not hard to get in Africa. You need just small amount to get the quantity that can be ok for a large portion of plots. The seed can be gotten when it has been removed from the shells or with the shells. If the ones gotten is with the shells then there is another fresh work. You will have to break the shells off the seeds. In Nigeria, trusted friends and family labour is usually employed in doing this. Some times you have to watch the people breaking the shells as they may end up eating much parts of the groundnut while breaking it.

The most advisable ridges for groundnut is the long row ridges. The long row ridges enables the farmer to maximise the use of the land. Groundnut ridges can be small or moderate. As adaptive as groundnut, it also grows without ridges. The reason why ridges should be made is to ensure easy planting.

Planting groundnut seeds is technical. The amount of seeds placed per a shallow hole you made with your foot should not be more than two. For the spacing, it is impossible to obtain equal spacing garp. The best spacing of groundnut while planting in Africa is a foot length. The foot length can be gauged.

Another crucial way of caring for your growing groundnut is to remove weeds from the plant regularly. The best instrument used in removing weeds from groundnut farm is the weeding knife. While weeding, you must be careful not to injure the roots of the plant.

6. Do not apply fertilizer

Fertilizer is not good for groundnut. It makes the plant to over grow physically but leads to low or non production of the real seeds.

7.Watch when yellow flowers is produced from the stem

The yellow flower signifies it has started producing. This does not mean it’s time for harvest.

The best time to start harvesting groundnut is when the flower dies off and the leaves it self is turning yellow. At this time, you can uproot your groundnut and check. Does it look like a new groundnut ? Good!