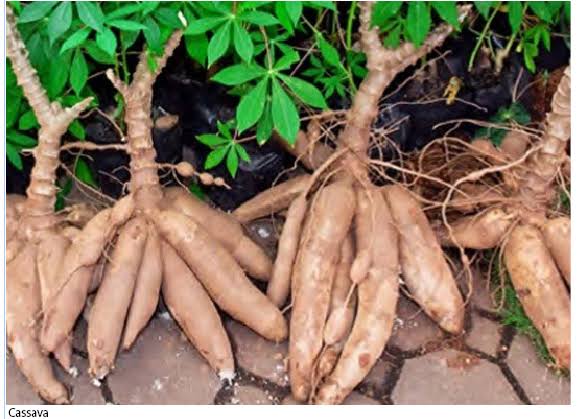 Cassava Farming is another agricultural activities that have immensly conttributed to different economic status of the world.

Cassava, a tuber crop that can be used in different ways for human and animal consumption is a crop that is highly reach in carbohydrate. At least, over 10 varieties of foods can be produced from cassava. Example, Akpu (made from cassava paste after fermenting), ikwurikwu (made from both cassava paste and flour), Abacha (African salad), etc. Flour made from cassava can be used for making breads and snacks. Another major food produce from cassava is ‘gari’. Gari has different ways of eating it. It could be cooked or soaked for eating. Soaked Gari is taken with allot of items. Example is gari with groundnut and sugger.

How To Cultivate And Maintain Cassava Crop

Like the cultivation of other crops in Nigeria that dirrectly depends on the climate and nature of soil, so is the the cultivation of cassava. To grow cassava naturally, the annual rain fall of such area must not be less than five to 8 months per annum. Though it can be grown artificially through irrigation but our context in this is the natural aspect.

The method of seedling of cassava is by stem. The stem are in segments. Each of the segments has the potential of being propagated into cassava seedling.

The steps for growing cassava crops are as follows:

1. Clearing of the site

Clearing of the site for cultivation of cassava is done few weeks before the beginning of raining season. The beginning of raining season is the best period to cultivate cassava in Nigeria as it takes a full year for the crop to mature. Peasant farmers primarily uses cutlass, rake, axe etc  for clearing of farm lands. Axe is used only when there is need to cut trees that might cast shadow on the site.The

After clearing of the site, the next step is to make ridges. The ridges can be made in circle form or in a row form. Cassava ridges can also be small or big. For some species of cassava, big ridges is the best. The best ridges that is advisable for all species of cassava is the moderate size. The moderate size of ridges is of more advantage as it is permissive to absorbing and lodging of water for the uses of the crop. The instrument for making ridges by peasant farmers is the hoe.

3.Getting the stems for seedling

The mode of propagation of cassava is through the stem. After clearing the site and making of ridges, the next step is to get the seedling which is the stem and cut it into some inches. The best way of cutting cassava stem for plant is to cut the stem after four segments of the stem each. Cassava stem can be bought from other farmers. In Benue, some farmers gives other intending farmers for free.

4. Planting of the stems

To ensure optimum yield of cassava plant, the farm must be free of weeds always. Several instruments can be used for weeding cassava farm. Weeding knife, hoes and cutlass are the best instrument for peasant farmers in clearing cassava farm .

In some parts of Nigeria, applications of manure to cassava may not be necessary as cassava can be grown naturally. The best manure for cassava is the animal dung.